By raysongtree April 19, 2020 letters and essays (Educational Comments only) 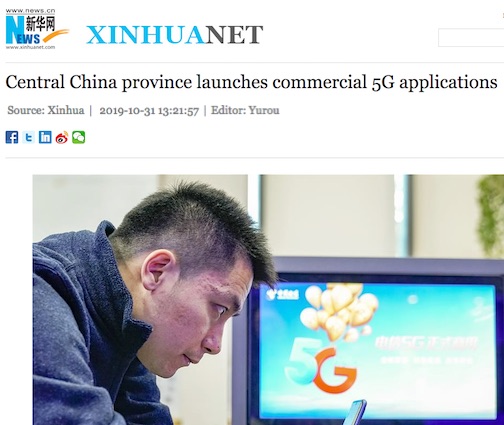 Hi Ray, thanks for your work.

I’m struggling to understand:  Who and how “they “rewrote Hitler and Nazis to be perceived as “right wing/capitalist”?

I mean it can’t be just ignorance

I saw Umberto eco essay on fascism which explains why people associate conservatives with fascist/Nazis also I suppose that Frankfurt school has a lot to do but I can’t find the exact answer.

I really need to know would you please {if you know}  help me.

________________
Hi Isaias,
I found this essay,  http://www.openculture.com/2016/11/umberto-eco-makes-a-list-of-the-14-common-features-of-fascism.html
I doubt that Italian Umberto knows that Mussolini was a British Intelligence agent and was placed, as were ALL the leaders in that era and since then, except more recently, JFK and Trump.
Never in his essay does Umberto mention nature or environment.  Of course environmentalists after Rachel Carson, were captured at Rio “Earth Summit” in 1992 by Agenda 21 globalists. That is why environmental organizations buy the fake carbon tax global warming lie.  Anyway, wikipedia says Umberto grew up in village but he is an urban indoorsian who doesn’t care about natural world. His writing strikes me as intellectual gossip.  I have seen this convoluted pattern in European writers. They are playing cards with each other, trying to out intellectualize.  It is opposite of Zen.  According to this article,  Umberto had no problem with Israeli genocide against Palestinians.

So now I will attempt to answer your question.

Okay, the Rothschild banksters created communism, funded Marx and Lenin and Mao. They also controlled Rockefellers and Wall Street which funded Nazis. Papa Bush funded Nazis. They placed Hitler and Mussolini and funded machine of Emperor of Japan.  You can search any of this info.  They always fund both sides. They create the sides. They funded Muslim Brotherhood and created Israel. 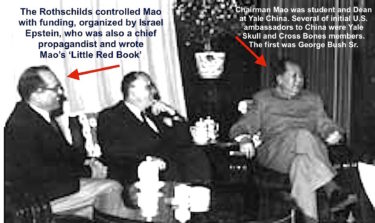 They have to create two sides of coin to have their wars, to destabilize the old order to bring in the new alien unnatural order, the “transformation”.  “Shaping the future.”  The Rothschild Jews are satanists. The entity  that controlled Abraham was satanic and an alien to natural world.  This entity broke Abraham’s conscience by commanding him to sacrifice his own child.  Abraham fell.  Satanist.  Mono theism is satanism. The alien goal is to replace nature with a silicon based, AI run, mining depot, with enhanced clone caretakers as in movie Oblivion.  That this took thousands of years and we are in the final phase, or battle, needs to be contemlated. We must take a a side now. Nature or “progress.”
Please understand, the Rothschilds themselves are actually puppet slaves of this satanic alien intrusion on natural world.
Hitler was grandson of Soloman Rothschild, who knocked up his maid.  World Wars were was all a set up.  The persecution of Jews was for purpose of creating Israel, which is mafia central. Their motto is “by deception you shall wage war”.  They are deceivers, satanic.  Jesus was opposite and opposed the Synagogue of Satan. By the way, the homosexual change agent called Madonna (Vol. 1) started out at a Synagogue.  She is a satanist, as is Hillary Clinton and Tony Podesta.  Pedophilia is the most unnatural activity as is murder, and they do both. This is to make them instruments of an anti-life agenda. They are tempted into it by sense of power, just as Abraham was.  Satanists have no idea of goodness. They are corrupted souls.
Back to your question…  It is not really right and left. It is natural vs. alien.  The Jews (like my family) spread over world with the domination ideology espoused in Genesis. Of course, the bible is entirely propaganda and predictive mind programming, alien to all indigenous cultures who are natural.
So the urban Jews, not the very few rural Jews who stayed put, spread out throughout the world’s big cities. They are the change agents who form the body of the alien “liberal world order”. They are”liberal” which means they know better and will create a “better” world.  What vanity!  Any one who talks like this is conceited and into dominance, disguised as compassion.

The Vatican and new age movement and Freemasons are also arms of this alien agenda.  But the Rothschilds are the ones who created the wars to take down old order and create the liberal wolrd order through their creations, the UN, WHO, CDC, IMF, WTO, Facebook, Google, etc.  CIA is Rothschilds. Allen Dulles was first CIA director who drafted Treaty of Versailles for Rothschilds. Please remember that the CIA is satanic as is British intelligence and Mossad.  Mossad pulled off 911 with help of Bush family.
The only thing socially natural are indigenous cultures, long extinguished in Europe but wherever people grow food, they know nature. Nature is the cure for mind programming.  That is why seekers have always gone to the wilderness for clarity. 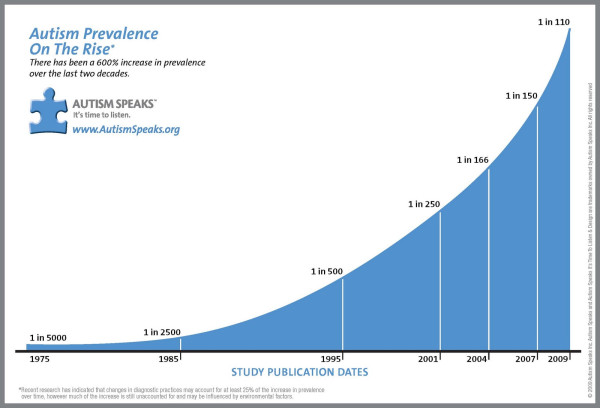 This is old study. It is now 1 in 31 kids have autism. The reason the CDC is not calling this an emergency is that sanctioned diseases are welcomed to reduce population and strength of population to resist. You can blow the whistle and educate your family. Avoid vaccines!

enforcing digital money, and then humans will be slaves, and the last indigenous cultures will be destroyed as biologic life fails, or so they hope. Then AI will take over, or so they hope.  Cloned humans, already developed in underground labs will be introduced as normal and more reliable than all the kids born with birth defects. Or so they hope. Some say that one in 31 kids now have autism, up from 1 in 5,000 40 years ago.  This damage is from vaccines “to keep us safe”.  The World Economic Forum, in Rothschild Switzerland, is planning for all children to be electronically enhanced by 2030. Thus the push for 5G hitting every inch on earth and sea.  Elon Musk just got approval to install one million 5G towers.

Satanists (which really means anti life or anti nature), the aliens, use natural instincts like humanitarian compassion, to wage war against common sense, like borders and diverse sovereign cultural standards and unique family values.
So liberal vs. conservative boils down to one world government vs. home rule.
The banksters created capitalism to organize industrialization and control its direction, and industry is always abusive to people and environment. Yes, I can say always. Then it gathered the “international workers” (no borders, not  indigenous, they only have factory industrial extraction in common for “progress”) and then they pit the workers in the industrial cancer against the managers in the industrial cancer.  The slaves vs. the slave masters.  So there they created “left” and “right” and we forget we are all then taking part in and supporting slavery.
It is always easy to find injustice, as the real world is not fair, so they pitted worker vs manager.
So, again, they organized the workers as “communist left” and demonized the bankster run managers as capitalist/fascists/right.  Collectivist socialism vs. entrepreneur free market. Both are anti nature and dedicated to destruction of nature through “progress.”  That is never mentioned though.
They also demonize anyone who stands up for old school tradition as “right” and anyone who likes transformation toward heaven on a one world government planet as “left”.  The “right” believes in nations, plural. The “left” believes we are “all one.”
But, you are not me, I am not you.  We are two, not one.  Let’s have some boundaries please!  Borders!
Have you heard about the “5G future?”
How about the healthy future?
I hope this made sense.
If you touch the Earth, as Buddha does in the famous statue, you will touch sanity.
The aliens want everyone to live in Smart Cities and not touch the Earth, and be insane, disconnected, and controllable.
I wouldn’t worry another minute about left right communism fascism.   I suggest that you focus on unnatural vs natural, leave the city,  grow something, and protect a bit of ground.
sincerely.
Ray 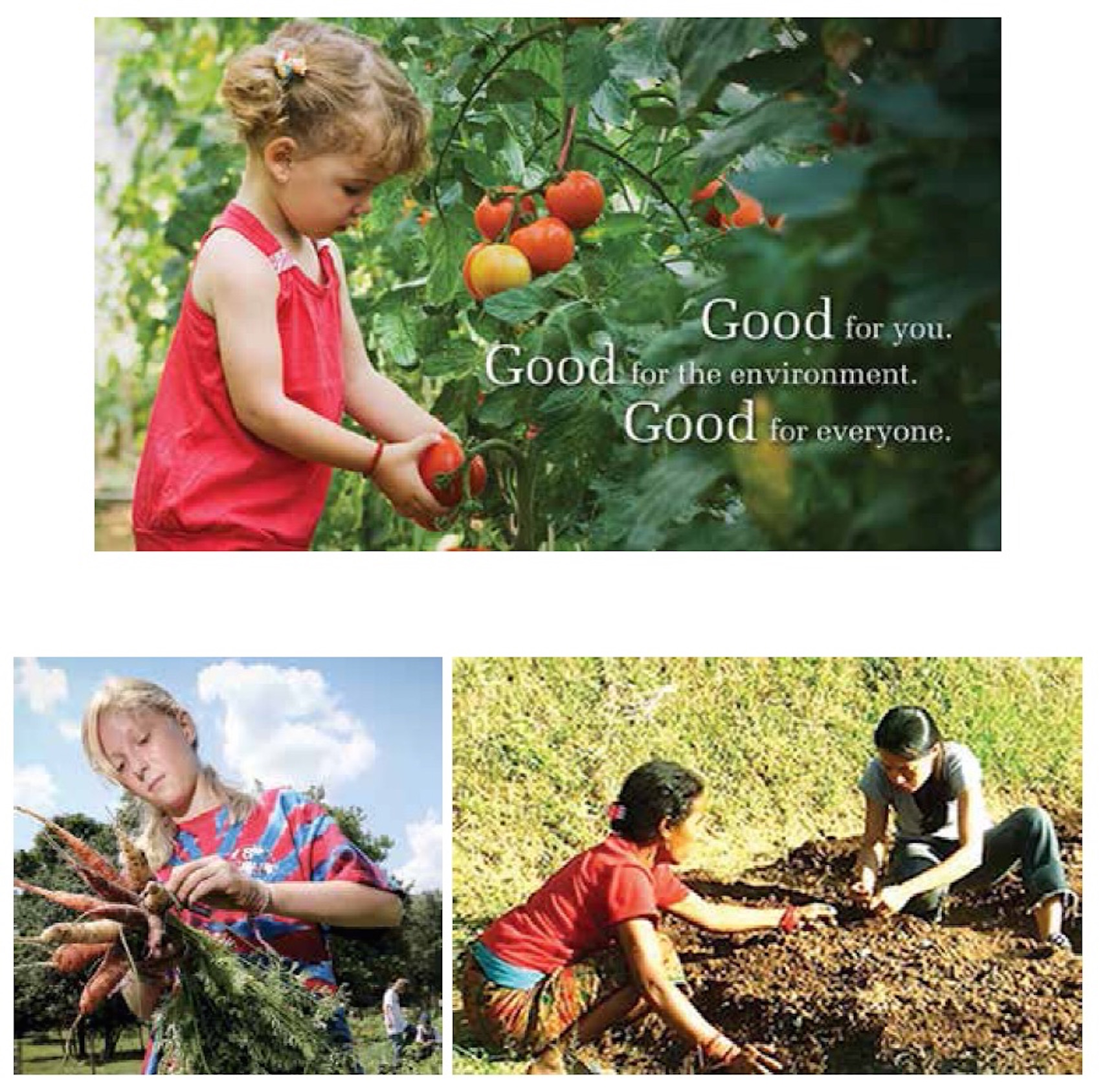