A Pandemic Timing Roundup – Why Now and Who Orchestrated This?

By raysongtree April 4, 2020 Jewish, letters and essays (Educational Comments only) 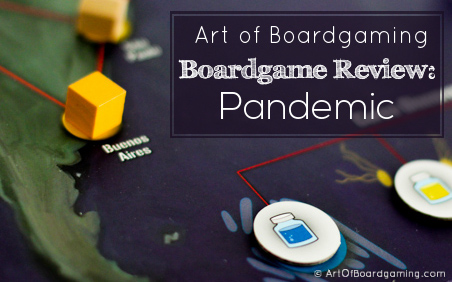 The following is an email thread which leads to my understanding of the timing of this “pandemic.”

Exactly! Add to that the annual death rates of an aging population and what do we have? Business as usual. So how do you hoodwink an entire world with lies? Why are people just eating it up? It boggles my mind truly, where are the civil liberties people?
Hong Kong was the turning point I think, they were never going to back down and China couldn’t risk another Tiananmen Square.  Couple that with the Extinct Revolution mob and the disruption they caused.  The [Globalist including China] “Elite” decided to make their move. [Chairman Mao was funded and placed by Rothschilds, Mao’s finance minister was named Israel Epstein. The same deep state controls the West and the East.]

The elite didn’t time this because of Hong Kong protest or any mob or Trump. By the way the Extinction Mob you mentioned is into false idea of man made climate change, which feeds Agenda 2030 directly, so it is same operation in whole, as the Pandemic.  The Hong Kong protest is organic, and anti-communist. Communism was created by Rothschilds who funded Karl Marx, Bolsheviks, Lenin and placed Stalin and Mao.
The schedule for such events has been in place for decades as the World Economic site shows. They are carrying on their tech take over program using the pandemic.  Their way is to scrape the slate clean with horrible wars or geo-engineered floods, earthquakes, fires, droughts, or coups, or orchestrated economic collapses, and then rebuild it THEIR way. This is the purpose of every major war since the Spanish American War 120 years ago.
They hope the pandemic will scrape society clean for THEIR cashless, digital, chipped, mass surveillance, “safe food” rebuild.
It is a schedule, and I believe it is an alien schedule.
I don’t know what branch or brand is doing what. ET are like humans, very diverse, but obviously the satanist branch which is behind Rothschilds and Switzerland, where Lenin was trained for a decade, where money for Hitler was laundered, home of poison maker Syngenta Inc., where my friend and Sensei was murdered, Kobun Chino Roshi, location of  CERN and it’s satanic opening ceremony, home of World Economic Forum as well as Central Bank headquarters in Basel,  all this is external network dedicated to “transformation” of society and the world. Whenever we hear the word “transformation” we are hearing alien globalism.
We need to see this “transformation” as something with an external source, something that wants to change the planet. I believe that there is a branch of ET with an exact schedule based on their numerology cult, and this is what is behind the timing of pandemic.  There was no organic turning point.  Theirs is like a military battle schedule.
So I don’t think “Elite decided to make their move.”  No one made a decision on the fly.  This is all scheduled with the 5G roll out, years in making.  (Lets remember that the integrated chip, fiber optics, and much more came directly from Roswell) The pandemic HAD to come just after 5G was rolled out, to cover for the 5G effects. (Wuhan was ground zero for 5G rollout,  also Italy and Spain with high death tolls.)
5G is needed for “progress” for Homo indoorsians, but the true purpose of 5G is not faster Netflix downloads, it is to make way for AI to replace biology for this global mining depot, which is how this ET branch sees planets, plural, not just this planet.
The founder of Ananda Marga (“…the all-around transformation of the [singular] society. The organization is established in more than 180 countries.”*) said they are involved with 50 planets.  The “alliance” or “federation” that some speak of with religious faith, is a way to say ‘collection of slave colony planets.’  This is the meaning of the “galactic federation.”  When the parasitic cancerous hierarchical aliens use up every speck of resources, they move on.
Planets are eaten up to fuel the “motherships” which are probably millions or billions of years old and where vain monsters who are oh so high and rarified try to be immortal and avoid incarnation.  I have seen this, maybe you can now also.
The bottom line for most people who are “civilized” (domesticated) is not deeper, but “higher.”  They want to “go to the stars” (Alex Jones).  They want portals that respect no boundaries or homelands (David Wilcock).  They want speed and “free energy” (Elon Musk)
Free means irresponsible by the way.  If we replace the word free with irresponsible we start to see why no indigenous nation worships freedom, but “modern” Indoorsians, who will want to be “enhanced” and chipped, do.  Yes, people think that if they are dependent and controlled they are superior.  Free energy means irresponsible ungrounded energy. I call it the endless Environmental Impact Statement.
Well, I somehow said it. This is my “world view”, and I was a new world order puppet in recent lives, but I started to go native, slowly, and as I will probably incarnate in an indigenous nation next time.  So I can talk about this.  Believe it or not, I once lived as one of the founding fathers.

The “Founding Fathers” wanted to establish a “novus ordo seclorum” which means “a new order of the ages.”  They were almost all Freemasons and were globalists. They were influenced by ET thought for a global program.  They were the opposite of the ancient sustainable indigenous nations. Novus ordo seclorum!

By the way, this present incarnation of mine has Jewish blood, so I can say clearly and strongly, the entity that asked Abraham to sacrifice his own son was not “god”, it was a satanic monster.  The goal of the ET being was to break the most primordial instinct… to protects one’s children. The entitiy broke it by tempting Abraham with powers.  And he succeeded.  Judaism is satanism,  flat out, and that is why Jesus made his move, IMO.  The ET need satanism to break other primordial instincts like love of innocence.  This is being replaced by lust, for now a century, in the entertainment industry. Lust was always seen as a downfall and crude. Now we have Grammy Awards that start out with creatures like Beyonce spreading their legs. 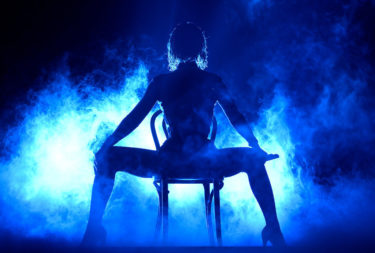 2014 Grammy Awards celebrating new religion of lust. Turn you on or makes you want to vomit?

The Abrahamic ‘monotheistic’ religions like Judaism, and Vatican Christianity which did not dump Old Testament, but spread it, and Islam (submission) are mind programs. The Old Testament is a mind program.  It never liberates anyone from itself.  Sabbath day is indoctrination day, period.  Since when does any sovereign natural person need ten commandments?  And the first four are to kiss -ss to the priests!

We shouldn’t call it the Bible, we should call it the Shackle.  It leads us to downplay Life on Earth, and seek meaning in heaven (the motherships). That is a nice way to hypnotize slaves.  And the slaves will stone anyone who doesn’t obey the priest on sabbath.  Compassionate? Civilized?
And so the mind programming has moved, from forced sabbaths to forced vaccinations, and what stands in the way of the alien program is your love of innocence, and the instinct to protect children.  The Western Illuminati will fall because we will expose institutional deep state pedophilia.  The Eastern Illuminati will fall because we will expose forced organ harvesting.
Ray Songtree
April 4, 2020 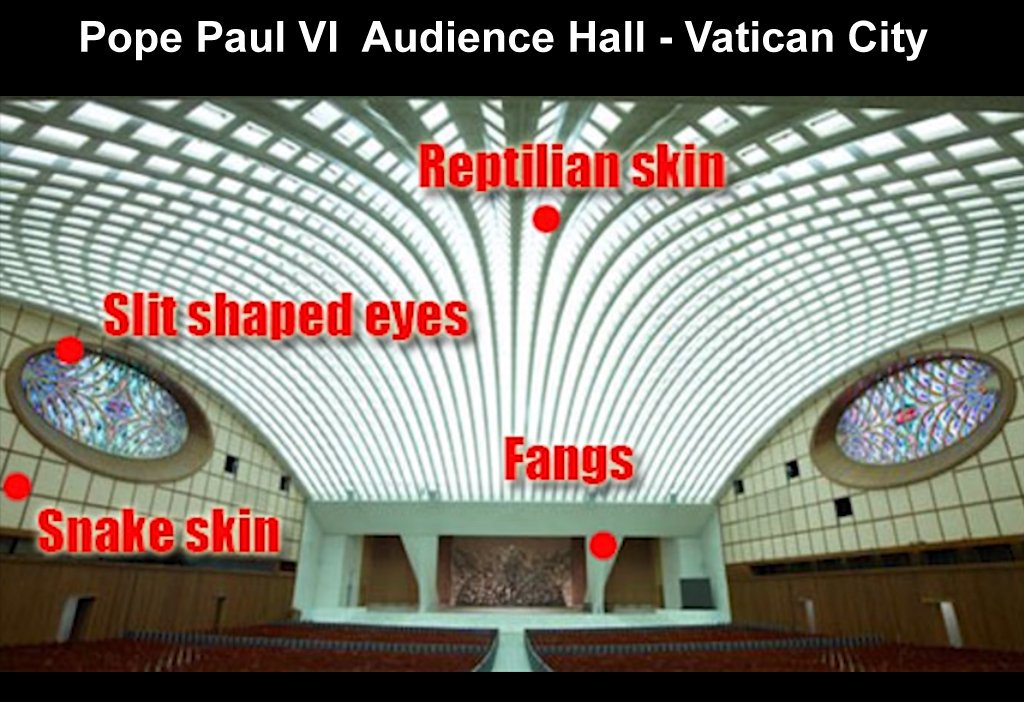 Wide angle camera lens shows the subliminal message that peripheral vision and the mind picks up for all who enter the Vatican Audience Hall, shaped inside and out as a serpent. No alien agenda?  The satanic aliens hate Jesus who is ET from an opposing group that believes in love, not enslavement.  So, the satanic alien Church co-opted Jesus. They made him into a blood sacrifice for centuries, and now a reptilian. He is not, and I promise, he is still alive and present.

* Ananda Marga’s founder was a projection of an ET entity who hopes to live on within the consciousness of his followers world wide. His consciousness is very wide, very controlling, and against nature. He actually said that meditating on nature was a waste of time.  He told his followers never to eat mushrooms or garlic.  He wants to transform the global society, as if there is only one society, to align with himself and his immortal aspirations.  Never would he mention that there are 6000 languages and even more cultures, and to transform “the society” means crushing diversity to create the ONE transformed society.  Slavery.

‘Ánanda Márga “The Path of Bliss”, [opiate of the masses] also spelled Anand Marg and Ananda Marg or officially Ánanda Márga Pracáraka Saḿgha is a world wide socio-spiritual organization and movement founded in Jamalpur, Bihar, India in 1955 by Prabhat Ranjan Sarkar.Wikipedia
He lived for world wide transformation. He was and is a globalist.  He is not local, he is alien.  He wants to change and domesticate everyone, to serve what?  I say, it is to service the abusive predatory leaching mother ships. The little craft that crashed at Roswell had a base.  A mother ship. This is not theoretical.  If your hands fly up in air when you hear the three letters UFO, don’t drop your phone. It was made with ET tech, to do exactly what it does.  Slowly kill you with wifi radiation, distract you, track you, and make you weak and dependent.  Don’t drop your phone, throw it!