Sexual Liberation and the Bigger Agenda – What is Freedom?

By raysongtree July 30, 2019 letters and essays (Educational Comments only) 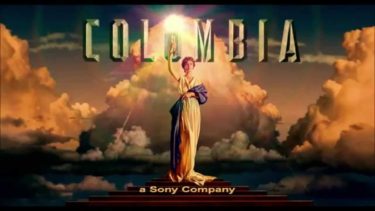 Columbia refers to a sect of Illuminati, and the flame is the flame of Lucifer.  The Statue of Liberty was built by Freemasons who, in their vanity, think they are “free.”

Below is perfect example of why I say that a relationship should start with abstinence and at least one year of getting
to know someone without sexual emotional involvement….
Rxxxx, friend of a woman Shxxx ( who has a parallel story actually) had a baby and didn’t know who the father was because she had multiple partners in the same month.

Rxxxx meets a guy. She gets pregnant and they have baby.  Then they get married and she gets pregnant again and has a third baby.  Somewhere in there she discovers that he is a meth addict for 15 years, is unreliable, lies constantly and that his own family has stopped trying to relate to him.

Now, just two years after meeting him and two kids later. she has told him don’t return until you do in-house rehab, and she doubts he will fulfill this.
I ask, what if our culture said that getting to know one another without sex is the responsible way to behave, and being free and fun is not?
Fun and Free
Fun is a word unknown in indigenous languages. It usually means indulgent consumerism, but in past, their was dancing, which was for fun. Dancing is not consumerism because one is a participant.  Spectator sports and tourism are examples of consumerism and are “fun.”
Lets look at our word “free.”  Lets remember the Declaration of Independence did not apply to Africans or Native Americans.  All [white] men were created equal…..  Thomas Jefferson not only had slaves which he borrowed against until the day he died, he also destroyed dozens of nations when he bought the “Louisiana Purchase” from the French, and then he helped write the Indian Removal Act which destroyed the Cherokee Nation who suffered the Long Walk on their forced march to Oklahoma at gun point. They were literate Christians by the way.
The Declaration of Independence was couched in globalist terms but that was for centuries later.  At the time, it did not reflect how these slave owners lived.  They were channeling a long term agenda of transforming the Earth.
The word free is a Luciferian word. It doesn’t exist in any indigenous language.
In fact, freedom is not sustainable. Only responsibility is sustainable.  I promise this is correct. Indigenous stone age cultures were responsible. They did not mine the Earth and cause pollution.
The statue of “Liberty” is a statue to Lucifer, “the bringer of light,”  as if nature needs a bringer of light.  “Light” is obviously mind control, the opposite of a clear mind. Lucifer’s torch is seen in the Olympics, it is a symbol for talent show American Idol,  and America’s Got Talent, a symbol for Columbia Entertainment, a symbol with black pentagon at Princess Diana memorial. 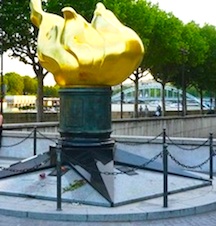 The Illuminati “torch of liberty” on a black five pointed pentagon at memorial to Princess Diana. “This tells us who killed her.” – David Icke

The Statue of Liberty was built by Freemasons. They have the all seeing eye in their symbology.

For freemasons, God is a top/down dominator, not infused within Nature as Jesus taught.

The “Founding Fathers” were Freemasons. They thought they were reinventing society world wide (they were globalists) and called it a new order for the ages, (Novus Ordo Seclorum) meaning a  New World Order. We now see the technology brought by Ben Franklin’s electricity leading to a sterile planet with AI in place and serviced by clones.  On the way we will all get equal rations, have no gender, and accept laboratory fertilization as normal, precisely as channeled books Brave New World and 1984 programmed us for.  Ben Franklin was a freemason. 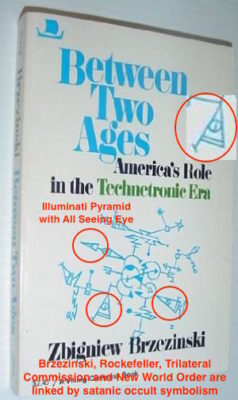 We will accept a technocratic future because we are mind programmed to think we have free will. But there is no free context, so how can there be free will?
Context means “all my relations.”  There is no freedom in any relationship or context.  Indeed, there is negotiation and respect and trade off and responsibility, not freedom. In any context there is only responsibility within the context. There is no freedom from context, period.
I’ll go further and say that in practice, freedom means irresponsible consumerism.
If we inject so-called freedom into any scenario, then context or relationship is destroyed.  Dead planet.
Therefore we should never want to be free.  We should only want to be responsible. We hate that. We are rebellious luciferians who hate responsibility.
Then we argue. Our programmed minds think we can be both free and responsible.  Please re-think this. It is one or the other.
A proof that “free” really means irresponsible is the expression “care free.”  Care free is the original meaning of sexually promiscuous “gay” Paris.  Being gay meant care free.
The reader might start to see how far the Luciferian agenda has entered our values.  We rich western colonialists want to have “fun”.  However, nature is showing us that our “fun” is irresponsible and ultimately destructive.
When it comes to sex, “free sex” means being enslaved to sensual temptation.  The result will be pregnancy without commitment, and/or venereal disease.
Let’s apply this to present politics and ask, who is more responsible, the conservative mind or the liberal mind?  Businessmen who screw nature, are they responsible? Liberals who want open borders, are they responsible? Let’s remember, being liberal is being tolerant, not having boundaries and being “free”.  Conservatives base their values on what they ripped off from Natives and built with slaves.  It is built on domination.
Let’s remember that the liberal “left” is built on socialism/communism, invented by Karl Marx who was funded by Rothschild. Let’s remember that the conservative “right” is built on business and banking, which was created by the Rothschilds.
These days, in order to be “free,” women block their fertility with invasive tech, which results in getting cancer or sterility.  The new norm, as taught to us by liberal Jewish run Hollywood, has been promiscuity all our lives.  Compared to other cultures, Western culture produces sluts.
In my opinion, sexual liberation was pushed on us to break up family which creates broken children who depend on state. Dangerous birth control brings cancer and helps with depopulation.
Let’s remember that the Kinsey Report on American Sex in 1935 was one big perverted lie to “transform” society, and both Playboy and Ms. Magazaine were CIA creations.
So, do we want to be indigenous and responsible, or have fun, get pregnant, and be free?
**************
People often feel overwhelmed. Don’t feel like that. This moment is the beginning of endless time for your soul. Start with your diet. Eliminate toxic foods.  As you go, clean your mind also.  We either try to swim or we sink.
Below are some important links.

greatseal.com/mottoes/seclorum.html
Translating NOVUS ORDO SECLORUM. NOVUS means new, young, novel, or renewed. ORDO means order, row, or series. SECLORUM means ages, generations, or centuries. An accurate translation of Novus Ordo Seclorum is “A New Order of  the Ages,” but the meaning of this motto is better understood when seen in its original context.

The Secret Founding of America and Why It Matters Today

https://www.activistpost.com/2013/07/the-secret-founding-of-america-and-why.html
In his book, The Secret Founding ofAmerica: The Real Story of Freemasons, Puritans & The Battle for the NewWorld, Nicholas Hagger analyzes the two groups that founded the United States – the Planting Fathers, who established the early settlements (Puritans and Anglicans), and the Freemason Founding Fathers, who united the colonies with the Declaration of Independence and the Constitution.

https://www.conspiracyarchive.com/NewAge/New_World_Order.htm
A proponent of the NewAgeand the Secret Brotherhood’s plan for a NewWorld Orderis Robert Hieronimus. In his book America’s Secret Destiny , he traced the spiritual vision of America’s founding father land the plan’s eventual fruition in what we call the NewWorld Orderand the NewAgeMovement (both of which are synonymous).