By raysongtree November 3, 2016 letters and essays (Educational Comments only) 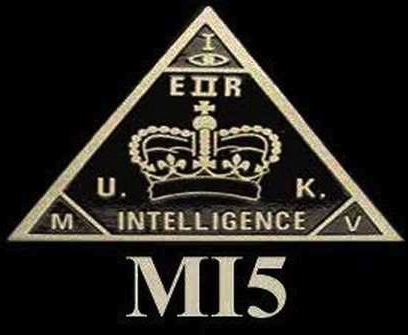 My articles tend to be study guides.  In my opinion, these Obama appointments listed below are all CIA assets and were introduced to British radical Islam.  I say this because I am familiar with the Freemasons and that ancient lineage, which was co-opted by the money power of the Rothschild bankers, who took over the East India Company and Britain by 1815. They have co-opted or destroyed all influential voices world wide, and are presently destroying Syria as they did Iraq and Libya. These Zionist created the World Wars and the United Nations.  They own the FED and Wall Street and the mainstream media, including Reuters and AP. This is outlined in second chapter of my non profit Vol. 2.  A big mistake is to blame factions when they were all created for the same chess board, which is designed to create destabilization, homogenization, and ultimately one world government in the name of peace, which is at continual war with the free nature of the individual.  So utopia will actually be like hell.  The matrix is not just a political tyranny, it is our conditioned world view.  The matrix is our values. See home page text.

To right is the former logo of British Intelligence MI5.  Notice the Freemason Illuminati all-seeing-eye atop the pyramid of abuse, seen, not by coincidence, throughout the Zionist controlled music industry.

Another dot to connect is that our present technology based on integrated chips came from back engineered space craft.  (Check out the link.) In other words, the “world order,” like the monotheistic religions, is not terrestrial.  Therefore, before we get into blaming factions, we need to examine whether we are going to be manipulated or not.

Here is something to think about… while Americans slept Obama and Dems handed over country to the Islamic mafia ! [below articles show it goes further back to Republicans too.] check http://tinyurl.com/j5yebuj

(This information has all been checked, then double checked… it is 100% Correct.)

That’s why there is such an alarm within US government, since Trump’s statement about temporary suspension of migration of Muslims to US till US authorities make sure there is a proper concept of safe penetration of US
territory.

People are stunned to learn that the head of the U.S. CIA is a Muslim!

Do hope this wakes up some!

You mean until it hits you like a ton of bricks read it again, until you understand!

We now have a Muslim government.

John Brennan, current head of the CIA converted to Islam while stationed in Saudi Arabia. [Not Certain]

Obama’s top adviser, Valerie Jarrett, is a Muslim who was born in Iran where her parents still live.

Hillary Clinton’s top adviser, Huma Abedin is a Muslim, whose mother and brother are involved in the now outlawed Muslim Brotherhood in Egypt.

Assistant Secretary for Policy Development for Homeland Security, Arif Aikhan, is a Muslim.

Obama adviser and founder of the Muslim Public Affairs Council, Salam al-Marayati, is a Muslim.

Obama’s Sharia Czar, Imam Mohamed Magid, of the Islamic Society of North America is a Muslim..

1/13/15:?? Nancy Pelosi announced she will appoint Rep Andre Carson, D-Ind, as the first Muslim lawmaker on the House of Representatives Permanent Select Committee on Intelligence. It would make Carson the first Muslim to
serve on the committee that receives intelligence on the threat of Islamic militants in the Middle East! He has suggested

that U.S. schools should be modeled after Islamic madrassas, where education is based on the Quran!!!

And last but not least, our closet Muslim himself, Barack Hussein Obama.

It’s questionable if Obama ever officially took the oath of office when he was sworn in. He didn’t repeat the oath properly to defend our nation and our Constitution. Later the Democrats claimed he was given the oath again
in private. [Obama is another CIA asset, with satanic upbringing.]

CIA director John Brennan took his oath on a copy of the Constitution, not a Bible..??

Valarie Jarret wrote her college thesis on how she wanted to change America into a Muslim friendly nation and she is a Obama top advisor.

Congressman, Keith Ellison took his oath on a copy of the Qur’an.

Congresswoman Michele Bachman was vilified and verbally tarred and feathered by Democrats when she voiced her concern about Muslims taking over our government.

Considering all these appointments, it would explain why Obama and his minions are systematically destroying our nation, supporting radical Muslim groups worldwide, opening our southern border, and turning a blind eye to
the genocide being perpetrated on Christians all over Africa and the Middle East.

The more damage Obama does, the more arrogant he’s become!

Our nation and our government has been infiltrated by people who want to destroy us. It can only get worse!

My article on the long plan to mix races in Europe (link).

Daily Caller  As a presidential candidate, the amount of foreign cash the Clintons have amassed from the Persian Gulf states is “simply unprecedented,” says national security analyst Patrick Poole. “These regimes are buying access. You’ve got the Saudis.

You’ve got the Kuwaitis, Oman, Qatar and the UAE. There are massive conflicts of interest. It’s beyond comprehension,” Poole told TheDCNF in an interview.

Overall, the Clinton Foundation has received upwards of $85 million in donations just from five Persian Gulf states and their monarchs, according to the foundation’s website. Activist groups have charged the five states — Saudi Arabia, Kuwait, Qatar, Oman and the United Arab Emirates (UAE) — have committed numerous human rights abuses.

The ongoing Clinton financial relationship with despotic Persian Gulf states could hurt Hillary as a supporter of labor rights and tarnish her image as a vigorous supporter of women. Yet as secretary of state, Clinton consciously and actively sought to legitimize the sheikdoms through many new Department of State programs.

Has the Muslim Brotherhood truly infiltrated the Obama White House? Fatah certainly seems to think so. His accusations, particularly those that focus on U.S. government infiltration, are worth exploring…
by Geoffrey Grider August 18, 2011

Has the Muslim Brotherhood truly infiltrated the Obama White House? Fatah certainly seems to think so. His accusations, particularly those that focus on U.S. government infiltration, are worth exploring further.

After all, how better to take down an opponent than to infiltrate U.S. leadership ranks? That, in fact, has been one of the Brotherhood’s plans for years. Cal Thomas writes:

In 1991, a memo written by Mohamed Akram for the Shura Council of the Muslim Brotherhood spelled out the objective of the organization. Akram said the Muslim Brotherhood “must understand that their work in America is a kind of grand Jihad in eliminating and destroying the Western civilization from within and ‘sabotaging’ its miserable house by their hands and the hands of the believers so that it is eliminated and God’s religion is made victorious over all other religions.”

Back in February, there was an uproar after James Clapper, the Director of National Intelligence, publicly stated that the Muslim Brotherhood is a “heterogeneous group“ that is ”largely secular.” His bizarre and contrary to evidential statements, which can be viewed below, were made only hours after the Brotherhood claimed that Sharia law is its ultimate goal:

Considering these bold calls to action and warnings (particularly the charge that the Muslim Brotherhood has worked its way into the White House) one wonders if there is legitimate evidence to backup these claims. And if so, then who, in particular, has infiltrated the U.S. government?

Trevor Loudon has a post on his web site that asks these same questions, while providing two potential names of individuals some say have ties to the Muslim Brotherhood. Here, we will examine these individuals to see if they do, indeed, have any connection to the radical political group.

The first name mentioned in the Loudon piece is Rashad Hussain, a lawyer and the U.S. Special Envoy to the Organisation of the Islamic Conference (OIC). In February 2010, Thomes wrote that Hussain’s appointment to the OIC “should be of serious concern to Congress and the American public.” According to FrontPage Magazine:

The Global Muslim Brotherhood Daily Report took a look at Hussain’s official biography and found several concerning affiliations. The first is that in October 2000, Hussain spoke at a conference sponsored by the Association of Muslim Social Scientists, which was listed in an internal Muslim Brotherhood document as one of “our organizations and the organizations of our friends,” and the Prince Alwaleed Center for Muslim-Christian Understanding of Georgetown University, which receives Saudi funding and is directed by prominent Muslim Brotherhood advocate, John Esposito.

Coincidentally, in 2003, Hussain was also a fellow at the Paul and Daisy Soros Foundation. Paul Soros is billionaire “philanthropist” George Soros’ brother. Additionally, FrontPage reported that Hussain “played a role” in the Muslim Students Association’s annual conference back in 2004. This group, too, was connected to the Muslim Brotherhood (in fact, it was founded by the Brotherhood) in 1963.

It was at this conference that Hussain spoke with the daughter of Professor Sami Al-Arian. Al-Arian was convicted of being a leader of the Palestinian Islamic Jihad; he later admitted to being a Muslim Brotherhood member as well. At the event, Hussain defended Al-Arian and claimed that his legal ordeal was essentially “politically-motivated persecution.”

But, it doesn’t end there. In May 2009, Hussein also spoke at a conference which was allegedly sponsored by Islamic Brotherhood affiliates. This being said, Hussein does support the term “Hamas terrorists” and there is no evidence that he has been sympathetic to the group. Still, Thomas writes, “…it is unsettling to see someone with Hussain’s background representing the United States to nations that may harbor or fund terrorists and want to destroy Israel and America.”

The second name Loudon’s site mentions is Dalia Mogahed, who is coincidentally the Senior Analyst and Executive Director at the Gallup Center for Muslim Studies.

In 2009, Obama nominated Mogahed to sit on his Advisory Council on Faith-Based and Neighborhood Partnerships. According to DiscovertheNetworks.org, she co-authored the book “Who Speaks for Islam?: What a Billion Muslims Really Think” with the controversial Esposito. Here, though, is where much of the controversy surrounding her stems from:

In early October 2009, Mogahed was interviewed on a British television program hosted by Ibtihal Bsis, a member of the extremist Hizb ut Tahrir party, which seeks to facilitate the non-violent destruction of Western democracy and the creation of a worldwide Islamic state governed by Sharia Law. Bsis and another guest (also a member of Hizb ut Tahrir) stated that Sharia should be “the source of legislation” for all nations in the world; they also repeatedly condemned the “man-made law” and the “lethal cocktail of liberty and capitalism” that existed in Western societies. Mogahed did not dispute any of their assertions. source – The Blaze