The incremental transformation of society through Women’s Suffrage, then women working in factories for World Wars I and II, then feminism ala CIA Gloria Steinem and CIA Ms. Magazine, then Hollywood push of homosexuality leading to Gay Marriage, then the Bruce Jennings promotion, then transgender speaker at Democratic National Convention for 2016 election, and now open corporate inclusion of ‘gender fluidity’ is aptly displayed on Alaskan Airlines website, Nov, 2016.  Notice the man’s ring on the long haired man? Or is it a woman?

This meshes with transhumanism.   Clear sexual identity supports stable couples who are loyal to family and community and children with clear identity, which is an obstacle to one world government, where the state feels that individuals are ideally social engineered to look to Big Brother for support.

The World Order wants fragmentation, not personal sovereignty. Thus, the institution of family has been attacked and replaced with broken homes for almost a century now.  Mixed up people make good slaves. Clear strong people do not. 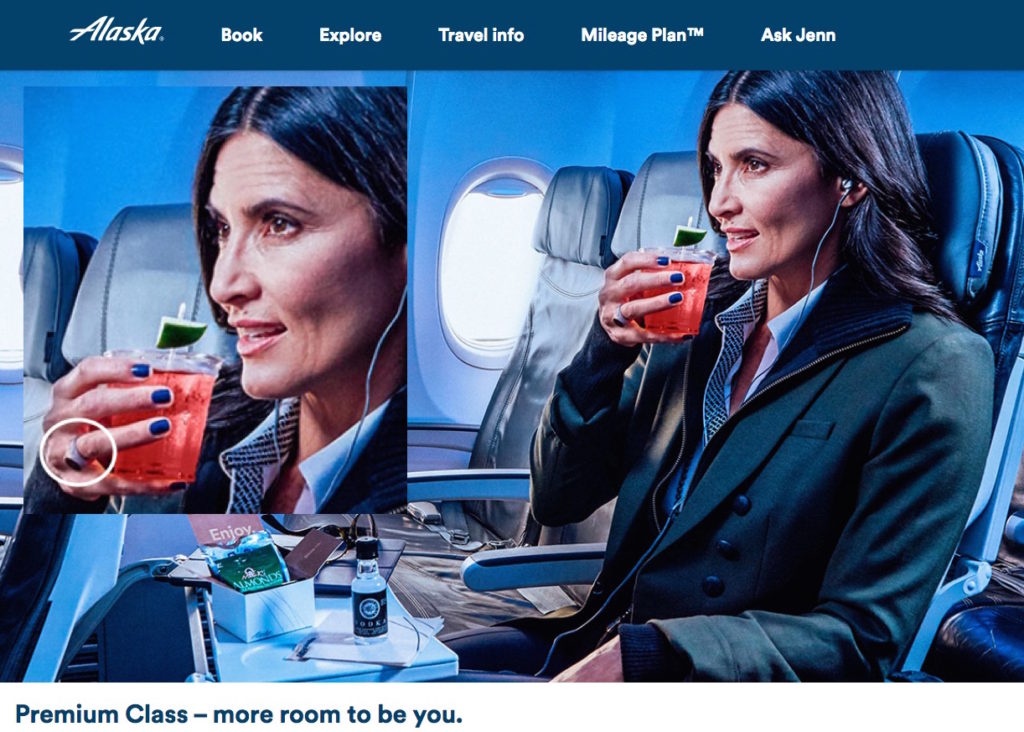