By raysongtree July 14, 2019 Breaking News (Educational Comments only), Jewish
Former Intelligence officer, Jewish Steve Pieczenik is definitely putting himself on the line in the video below, where he covers the arrest of Jewish Jeffrey Epstein.  Whether Steve is accurate or not, he is very courageous.  We should be rightfully impressed.
His mental leap that Trump understands 9/11 and the Mossad (link – important evidence that Israel rigged Twin Towers with explosives for fake plane impact) and that Mossad agents will be charged for pedophilia comes from where?
If this is true, then Trump is really a genius to support Israel, and then take it down.  But this is very doubtful.  Trump and his son-n-law Jared Kushner support Palestinian genocide. Kushner has made Trump a grandfather. This is where Trump’s loyalty lies. He is a Zionist, bottom line.    Neither he nor Kushner support a wall to protect Palestinian sovereignty, or water rights,  or health, or lives. Genocide can’t be taken back and if Trump was against it, he would put sanctions on Israel.  He won’t.  He loves Israel.
https://www.haaretz.com/opinion/.premium-israel-unable-to-tell-truth-about-stealing-water-from-palestinians-1.5399404
Jerusalem does not belong to the Yiddish, non semitic, European Jews. The Golan Heights is a part of Syria, period, which they need for their defense against the nuclear power with only 12 million people, Israel.  Let’s remember that the occupation of Golan Heights and the attack on USS Liberty happened at same time,  the 1967 6-Day Steal.
Since Trump’s end goal, to my eyes, is not the same as Pieczenik’s idea of an end goal, I don’t think he is accurate about Trump’s methodology either.  Steve is being “hopeful” and mistaken in my opinion. We all wish evil could be vanquished, but Trump can’t and won’t try to vanquish Israel.
Perhaps Trump is simply a doorway toward truth?

Justice in Israel is impossible. The building is a Masonic Temple.

Donald Trump himself is a dominant culture indoorsian.  He is not going to protect nature nor natural people nor any indigenous peoples, especially Palestinians. (Again, European Jews have no historical claim to Palestine) 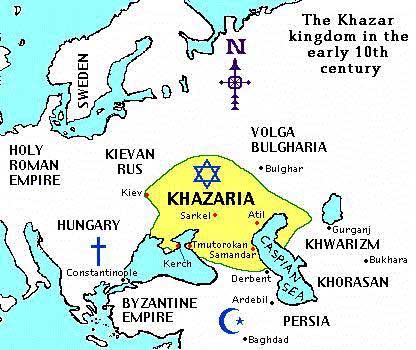 Almost all Jews alive today came from the Caspian Basin, not from Israelite blood.

However, Jeffery Epstein with his Masonic torture temple, apparently really was arrested.  Will his activities be truly investigated?
Maybe.  There are invisible forces at work.

Above – Jeffrey Epstein’s island with masonic temple. The blue roof in far bottom right corner is an underground entrance. How many hidden floors are there? What are they used for?  Who is raped, tortured and murdered there?  What is done with the videos?  Blackmail?
Steve Pieczenik wants to be a good Jew.  Jews reject Jesus, who was the most famous good Jew.  So what does a good Jew who rejects Jesus mean?
One thing for sure, Pieczenik is extremely courageous and we need to pray for him now.
(BTW, the man who controlled Chairman Mao was his Jewish Finance Minister, Israel Epstein.  Israel Epstein was part of operation to write Mao’s Little Red Book.  Mao, Dean of Yale China,  like Mussolini, FDR, Churchill and Hitler was placed. The result of the two planned World Wars was the Roth-feller UN, for eventual, they hope, one world government. Peace on Earth and “working together” means one world government.)
Below – Steve Pieczenik  7 minutes … click on image to start.

Steve Pieczenik was born in Havana, Cuba of Eastern European Jewish parents fleeing the Holocaust, he was raised in France and in the United States, where he received degrees in Psychiatry and International Relations from Harvard, Cornell and MIT. He served as a Deputy Assistant Secretary of State under Henry Kissinger, Cyrus Vance and James Baker and has collaborated on two bestselling book series with spy novelist, Tom Clancy.

Pieczenik says here that the Jeffrey Epstein case touches on both 9/11 and on the future of Israel and the takedown of Epstein is a warning to Israel to make peace with Palestine or else.

He goes on to say that Israel was involved in 9/11 and in the stand-down of the United States. This was confirmed to him by former Secretary of Defense, Paul Wolfowitz, as well as his deputy and by two Israeli Mossad operatives who Pieczenik interrogated and had “put away.”

He says Jeffrey Epstein’s pedophilia ring was a Mossad operation. “Jeff Epstein was picked out by the Mossad as the proper agent of influence, because number one, he was grandiose, two, he had some intelligence but came from a poor Jewish background, had no real education, did not speak a foreign language and was so narcissistic that they could manipulate him up and down…”

Pieczenik also claims that Epstein’s girlfriend was his Mossad control operative. “[Ghislaine] Maxwell, the daughter of Robert Maxwell, one of the greatest crooks in the world, who was an Israeli Mossad operative…one of the biggest contributors to Israeli national security of anybody.”

He explains that the use of honey traps in intelligence operations is widespread and the use of children in sexual entrapment operations is an extremely effective way to gain control over over a targeted subject. He says this technique was developed to great effect by two Mossad Chiefs, Efraim Halevy and Danny Yatom.

“The Mossad incurred so many operatives that were involved with pedophilia under the Epstein ring and under the NXIVM ring, with the two Bronfman daughters, that you’re talking about thousands of people. Now, it also goes all the way up into the presidency. It goes into the Bush family; Bush Jr., Jeb. It goes into the Clintons. As we know, Hillary, Bill Clinton, who’s a pathological liar to the nth degree, to Obama who had a history of homosexuality and pedophilia, all the way down to the Bushes and beyond that.

“Jeff Epstein was a willing operative. He willingly was involved in pedophilia. The Israelis knew that. They created his storyline, that made believe he was a “billionaire”, Wexner was the theoretical backup man to him…

“So, we have a lot of corruption here, which goes all the way back to 9/11 when we had Jews, like Silverstein, who had the lease to the World Trade Center. We had Lowry, we had Lauder and we had Eisenberg, all of whom were involved in the stand down in the false flag of 9/11.

“So, from 9/11 on, Trump understood that the Israelis had been involved in our intelligence service and in compromising America. He never forgot that. And what he did, blatantly was to turn around and on a certain day, he decided he was going to indict every one of the Mossad operatives, as well as the Israelis on charges of pedophilia – not on charges of spying, because that wouldn’t work.

“Acosta, the Secretary of Labor was correct when he said that Epstein got off from the prosecutors’ indictment in Florida because he worked in the intelligence service…

“Israel has been placed on notice because our ambassador…as well as Kushner have made a very clear statement, ‘Israel you’re on notice. If you do not make a peace treaty with the Palestinians, there will be more serious repercussions than you imagine. The beginning of the takedown of your Mossad operatives, who are all present and we will put them in prison, is just the beginning of what we can do to the future of Israel.'”