Trump Places Military Base in Israel Because ISIS Failed

Israel needs help because the Israeli military front called ISIS has been routed by Russian intervention in the ongoing bid for “Greater Israel” to take over the region. Iran allows nuclear inspections, while Israel does not. Israel is the rogue nation in region.

Israeli Military Admits to Supporting Al Qaeda and ISIS in Syria … link
Israeli Colonel Arrested in Iraq Working with ISIS …  link
Syria’s Victory in Deir Ezzor –  September 16, 2017 –  The Syrian Arab Army have achieved yet another dramatic victory this time lifting the ISIS siege of the heroic city of Deir Ezzor. They have withstood repeated attacks by the US-NATO air force in support of the ISIS terrorists. 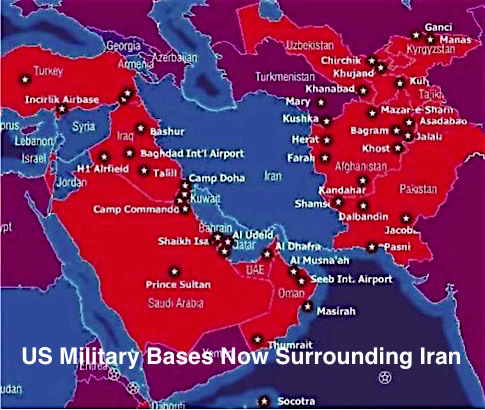 In reality, Israel/US needs another military base closer to Syria, surrounding Syria.

“The maritime security and maritime domain awareness in the Eastern Mediterranean Sea are critical not only to the security of Israel but also to US national security interests and encourage the Department of Defence to continue efforts to develop and improve capabilities in these areas.”

First permanent US military base established in southern Israel

DAMASCUS, SYRIA (12:34 A.M)- The first ever US military base in Israel has been announced and is positioned in the south of the state.

The Israeli regime’s government have claimed that the newly placed military base is in response to the growing threat of Iran and to help keep the country more secure as the state fears growing Iranian presence in Syria.

Greater “Eretz” Israel, as planned from the outset to replace Middle East nations and Islam.