Trump, Jewish Gangsters, New York and the Genocide of Palestinians

Mirror from Veterans Today.  I reported on Friedman long ago. E. Michael Jones is an excellent author and editor of Culture Wars.

Jerusalem Post: “Throughout much of his adult life and childhood, at seemingly every significant juncture in his business career, Donald J. Trump has surrounded himself with members of a single minority group.” 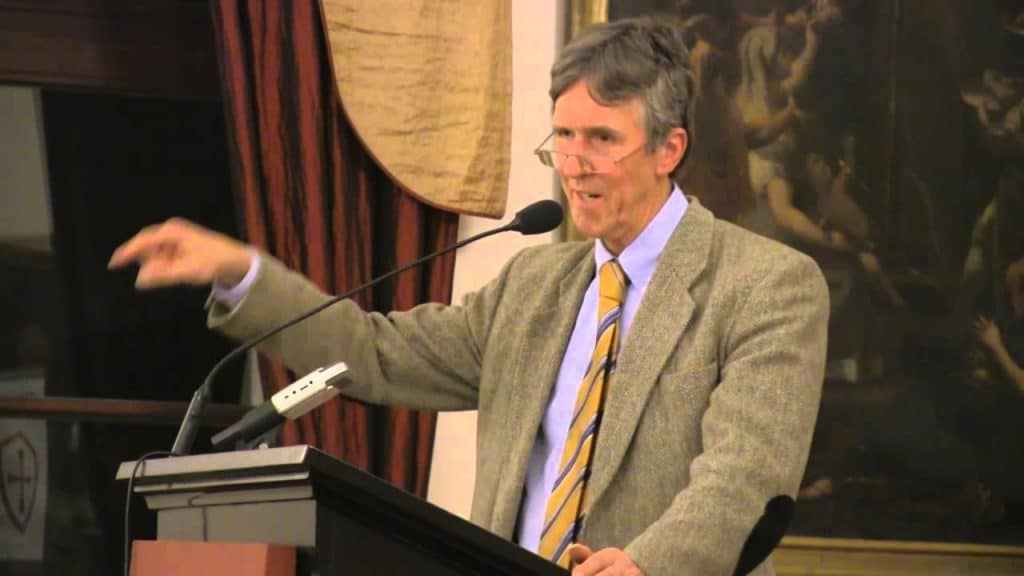 E. Michael Jones, author of The Jewish Revolutionary Spirit and Its Impact on World History.

E. Michael Jones, a prolific writer and editor of Culture Wars magazine, has recently done an interview with Press-TV during which he said:

“First question. Why is Donald Trump against the Iran nuclear agreement? The answer to that is he is from New York. The Jews control New York City. You can’t go anywhere in the real estate business in New York City unless you go along with what they want. And this is basically the basis of his foreign policy.

“He has no philosophical basis to do anything to analyze the policy to come up with some type of an alternative to the neocon catastrophe that has created the foreign policy ever since the invasion of Iraq in 2003.”

This shouldn’t surprise any observer at all. Even the Jerusalem Post has stated very clearly: “Throughout much of his adult life and childhood, at seemingly every significant juncture in his business career, Donald J. Trump has surrounded himself with members of a single minority group,”[1] and you know what that “single minority group” is by now.

Trump has also surrounded himself with political gangsters who are in cahoots with the Israeli regime’s relentless liquidation of the Palestinians. For example, Trump nominated David Friedman as U.S. ambassador to Israel. According to the Jewish Telegraphic Agency, Friedman is “a bankruptcy lawyer who supports West Bank settlement construction and has expressed doubts about the two-state solution.”[2]

The West Bank settlement construction is another word for Israel’s continued colonization, which is illegal under international law. But Israel has never once stopped this wicked activity. Even Israeli scholar and professor Ze’ev Maoz does not hesitate to write:

Baylis Thomas, a professor at Yeshiva University/Albert Einstein College of Medicine and Montefiore Hospital, writes: “Settlement building and roads for Jewish settlers proceeded at a frenetic pace under [Ehud] Barak – the classic Zionist maneuver of creating of facts on the ground to preclude a Palestinian state.”[4]

“The international community has taken a critical view of both deportations and settlements as being contrary to international law. General Assembly resolutions have condemned the deportations since 1969, and have done so by overwhelming majorities in recent years.

“Likewise, they have consistently deplored the establishment of settlements, and have done so by overwhelming majorities throughout the period (since the end of 1976) of the rapid expansion in their numbers. The Security Council has also been critical of deportations and settlements; and other bodies have viewed them as an obstacle to peace, and illegal under international law.”[5]

“The international community, for its part, has viewed [the settlements] as patently illegal, based on the provisions of the Fourth Geneva Convention that prohibit moving populations to or from territories under occupation.”[6]

Catriona Drew, professor of international law in the School of Law and the Centre for International Studies and Diplomacy at SOAS, University of London, says:

“It can thus clearly be concluded that the transfer of Israeli settlers into the occupied territories violates not only the laws of belligerent occupation but the Palestinian right of self-determination under international law.”[7]

In short, scholars actually agree that the Israeli settlements are illegal under international law,[8] despite the fact that some flaming Zionist and Israeli scholars have hopelessly and incoherently tried to justify them.[9]

And the settlements have grown astronomically over the years. In 2011 alone, “The number of Jewish settlers in the West Bank grew by more than 15,000…to reach a total that exceeds 350,000 for the first time and has almost doubled in the past 12 years.”[10]

Can you imagine any country doing this in the twenty-first century without serious consequences from the West? Didn’t the Zionist Mafia perversely argue that Vladimir Putin is really bad because Russia “invaded” Crimea? What we are seeing again and again is that the Zionist position is morally and existentially unlivable and politically dangerous.

As we saw in a previous article, Jared Kushner himself had personal and financial ties to Israeli settlements. As the Israeli newspaper Haaretz puts it: “the family of Jared Kushner… donated tens of thousands of dollars in recent years to projects in the settlements, including a small amount to one particularly radical yeshiva.”

It was reported that Kushner had “a long history of close personal and financial ties to the settlement movement and some of the most extreme settlements…The report found that among organizations and institutions in the West Bank that receive funding from the Kushner family, the leading beneficiary is American Friends of Beit El Yeshiva. The president of American Friends of Beit El Yeshiva is David Friedman, Trump’s senior adviser on Israel affairs. Located in one of the more hardline, ideological settlements, Beit El Yeshiva received $20,000 from the Kushner family in 2013.”[11]

The Washington Post itself reported that Kushner donated almost $60,000 to the settlements,[12] but not a single US politician has ever dared to challenge that.

[3] Zeev Maoz, Defending the Holy Land: A Critical Analysis of Israel’s Security and Foreign Policy (Ann Arbor: The University of Michigan Press, 2006 and 2009), 472.

[8] See also Marco Pertile, “Legal Consequences of the Construction of a Wall in the Occupied Palestinian Territory’: A Missed Opportunity for International Humanitarian Law?,” The Italian Yearbook of International Law, Vol. XiV, 2004: pp. 121-161.

[9] One Israeli scholar that comes to mind is Gadi Taub. Gadi Taub, The Settlers and the Struggle over the Meaning of Zionism (New Haven: Yale University Press, 2011). “Taub’s maternal grandparents were Zionist pioneers who came from Poland to Palestine, in the 1920s when the country was still under the British Mandate, to participate in the creation of a Jewish state.”