By raysongtree November 6, 2016 Everything Trump, letters and essays (Educational Comments only)

Marina Abramovic, who is a satanist but claims what she does has artistic merit, performs satanic rituals and socializes with John Podesta and his brother (according to Wikileaks), in the article below mentions Dalai Lama and Tibetan Lineage Buddhist teachers as her major influence… My reaction is Marina sounds like a new age style person and how dangerous it is that some people have the inclination to twist and dissect original Buddhist teachings into whatever suits them superficially. I know very little about Dalai Lama but he does not strike me as someone who can be a mentor of a satanist.
.

Very quickly, as I understand it now, there are two occult threads being used by globalists. The purpose of the alien agenda which is thousands of years old now,  is to destroy everything natural within human values, even loyalty to virtue.  The aggressive race toward AI and destruction of indigenous cultures is very much part of alien effort. One part of thread is Brahmanistic coming out of India/Tibet and the other Jewish Kaballah. Another thread I know little about is the demonic stuff in Vatican.

Satanists bend these traditions to break any tie to virtue or golden rule. So they hate Jesus, they hate Buddha.  They only like channeled scripts like Judaism, Islam, Sanskrit.  “If it is channeled, it is not natural,” is a good rule of thumb. I just learned that Goddess Pele in Hawaii needed lots of human sacrifices to appease her.  These are actual entities.

Hillary was placed since a girl, created for politics. That is why she just happened to appear in Life Magazine, mentored by Salinsky, and was matched up with son of Winthrop Rockefeller, Mr. Bill Cocaine Rape Clinton.   Larry Nichols and Cathy O’Brien have revealed Hillary Rodham Clinton as a satanist.

So it is no surprise that Hillary Clinton’s foreman John Podesta is a sex criminal and a satanist.  What hasn’t come out yet is they kill children in satanic rituals. Cathy O’Brien was scheduled to be killed because in their late  20’s, mind controlled slaves start breaking their programming. That is why so many musical artists get killed at age 27. Cathy is apparently some kind of bodhisattva who took the birth to reveal crimes of mind control. She is under some kind of spiritual protection. 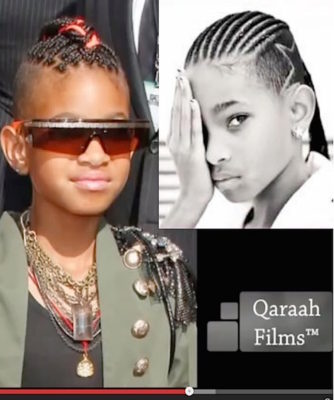 The Dalai Lama does not know what every person under him does, but Tibetan tradition is different than Zen, and does mess with occult.  The satanic people are distorting occult teachings for satanism.

The idea in satanism is that the practioner, often a slave himself, breaks all moral boundaries so he/she can be free and “illumined.”  This is

done with rape, rape of children, killing of children, and eating of their flesh.  Seriously, this is what is involved at an unimaginable scale. When nothing is ‘wrong’ the satanist is “free”.  It is disconnected vanity, which I wrote about in Vol. 2.  This “freedom” to be free of all moral restraint, allowed Hillary to murder many many people without any conscience because she was free of conscience as an illumined satanist.

It will be exposed, I hope soon, that all high politicians and celebrities are satanists.  If they don’t join in, they are not promoted. They have to be trusted, and to be trusted they can have no scruples.

Here is picture of Will Smith’s kids. He gave them up to moral-less satanism. They are transgender and as you can see, utterly controlled.  That is a boy on the left. Will Smith is a monster.

The ritual use of human blood, semen and urine by the death-obsessed Marina Abramovic (who is NOT the founder of performance art as her groupies claim) is a neo-wiccan appropriation of the Tantric (Tibetan) practice of devotees swallowing the “five treasures” from the body of their master: blood, semen, urine, feces and flesh as a “transmission” ritual. Her invitation of Clinton operative Tony Podesta to a blood-semen “spirit cooking” dinner is not about art experience but represents a very dangerous ritualized prelude to political murder.

Abramovic was a friend, follower and fan of HH Dalai Lama during his darkest years, when he was engaged in a murderous feud with the breakaway Dorje Shugden sect and when he mentored Japanese guru Shoko Asahara and the Aum Shinrikyo sect in the practice of religion-sanctioned “phoa” or preemptive assassination of foes, which provided the rationale for the Tokyo subway gassing of 1995 in which 20,000 rush-hour commuters were felled by toxic gas attacks.

Her association with the Dalail Lama coincides with the final years of Kalu Rinpoche, the supreme expert on preemptive assassination, who personally trained the Aum attack squad in Dharamsala. Those trained in preemptive phoa by Kalu Rinpoche were under oath to keep secret their association.

The invitation to the Podesta brothers to a “dinner” of the “treasures” of blood, semen and urine, and presumably the feces and fingernails (a substitute of flesh) of their master (likely Hillary Clinton) is a prelude to planned preemptive phoa attacks against political foes, which were described as “Wet Works” in John Podesta’s email to Microsoft-Gates lobbyist Steve Elmendorf on the afternoon of Hillary Clinton’s defeat in the New Hampshire Democratic primary.

The recent revelations from the Wikilleaks email trove conforms to the assassination rituals prior to lethal assaults against foes. Doubters should consult the followers of Dorje Shugden and my exposes of the Tantric background of Aum to the Tokyo Subway Gassing.

Another Kobe Quake Reverbs with Abe’s Role in the…

www.rense.com/general95/anotherk.html
14 Apr 2013 … By Yoichi Shimatsu … Thus, soon after the Tokyo subway gassing in a last-gasp plea for a coup, a professional … Vajryana sub-sect run by the Dalai Lama, who flew into Tokyo to bail out his disciple and good friend Asahara.

www.trimondi.de/EN/Asahara_Starwars.htm
(See also: The Japanese Doomsday Guru Shoko Asahara and XIV. Dalai Lama) … By Yoichi Shimatsu ….. Now that the Tokyo subway-gassing furor has died down, Russia is selling Japan the most powerful weapons ever devised by …

A death obsession on Abramovic’s own words from Bomb magazine
BOMB 84 Summer 2003 :

LA   Who are your teachers?

MA   Not really anybody. I don’t see it that way. There was only one person in my life who I thought could be my teacher, but he died. Just when I found him, he died.

MA   This was in ’82 in Bodhgaya, a pilgrimage site, with the Bohdi tree. I arrived on a full-moon night. It was the most auspicious moment. And they said to me, in our town is a very important Lama who is the teacher of the Dalai Lama. I didn’t know at the time anything of Buddhism, nothing. I went because everybody was going to see this special teacher.

He was sitting in a Tibetan monastery. He looked like the full moon, a big baby, with a wonderfully shiny bald head, aged somewhere between 80 and 100. You couldn’t tell. And I went to greet him, and he took his little finger and just flicked his finger at my head. And that was it. I looked into his eyes and then I went back to sit. Five minutes later I had a temperature of 102. I was red like a strawberry. I started crying and crying and I had to leave the monastery. I cried for about four hours, just enormously.

And I was thinking, Why am I crying? Nothing happened to me; I am not sad. I was just touched by his innocence in the way of the old man and the child at the same time. Something opened to me. If he had told me to jump out the window, I would have done it. I had never felt this before, what must be close to how one feels about a great teacher, the ideal of complete trust. And then one month later he died.

But then I found him again. It was three years later, I was going again to India, to another monastery for a retreat. And in the forest I lost the way and found myself in front of a house, with an old Lama sitting outside washing some dishes. It was dark, and he said, “Come in, come in, have a tea.” I went into the room and there he was, embalmed this time. He was sitting in the room, embalmed in salt. Now he is in the Dalai Lama’s living room in Dharmsala. His name is Ling Rinpoche. The Dalai Lama wanted to have him all to himself.

MA   They put him in a special preparation and he looks completely alive. He’s dressed and sitting; monks die in a sitting position. It was incredible. This is exactly what we have to do, it is so important, losing roads, it’s how you find something else. When I was a really young artist, I was getting ideas for different works. And I was thinking, God, how should I do this, this has nothing to do with what I’ve done before. I don’t see any line, there is no continuation. I was obsessed with the idea of continuation, that one work had to lead to another and another, that you have to make a body of work. But after 20 years you see that the continuation is so logical. You couldn’t have done anything else, and there is a thread in it, everything is connected. We are the connections.

LA   Can you imagine being embalmed and sitting in somebody’s house?

MA   I like it so much. I am all for this eternity. I’d hate to be burned. I wouldn’t like to be eaten by worms. Maybe a tree can grow out of me. That’s it. But embalming is a very nice idea. I like this forever thing. You?

MA   So this is a big difference!

LA   I don’t like the idea of flames so much as particles. I’d like to become many, many particles.
MA I want to live a very long time. This is my obsession. I want to live to be over 100. My grandmother died at 103 and the mother of my grandmother was 116 when she died. I have this idea that after 100 something else happens. When we are young and even now, though I am not that young, there is this idea of emotions and always some kind of suffering involved. I’d like so much to reach the point of nonattachment, of nonsuffering, when you really know things are happening because they have already happened to you hundreds of times before. You can laugh about it all. To have this wisdom and distance and peace!

LA   How do you think you can get there?

LA   (laughter) I mean to detachment?

MA   You don’t take things personally. Even if you love someone, you let them be. And if they leave you, still you love them, because attachment creates such a suffering. This is basic.