By raysongtree May 1, 2016 Breaking News (Educational Comments only), Elections

It’s been a bad week for Hillary Clinton… and it’s about to get a whole lot worse, courtesy of WikiLeaks.

Later this week, the British Chilcot report on the Iraq war will finally be published, after an exhaustive  seven year process.

The report has been a thorn in George Bush BFF, and UK PM at the time, Tony Blair. Blair was a staunch ally of Bush, and the neocon drive to illegally invade Iraq. His support for the invasion, and the lies told in the run up to the war, will be outlined in the report.

Another staunch supporter of the Iraq war was Hillary Clinton. It’s hard to find a war Clinton did not champion, and the Iraq invasion was no exception.

Thanks to WikiLeaks, the American public, and entire world, will not have to wait seven years to figure out the reasoning for why Hillary was so gung-ho to topple Saddam, and plunge Iraq into the abyss.

WikiLeaks has released 1,258 of Hillary Clinton’s emails in connection to the Iraq war and tweeted a link to their email archive from their official Twitter page.

Breitbart has more on the WikiLeaks cache of emails, and the latest Hillary debacle.

Wikileaks appears to have a substantial amount of information on Clinton, having already released a large archive of Clinton’s emails earlier in the year.

Breitbart has previously reported on Julian Assange’s claims that Google is complicit in the managing of Clintons online media campaign.

Released only a week after Bill Clinton’s meeting with Attorney General, Loretta Lynch and a day after Huma Abedins admission that Hillary Clinton had burned daily schedules, the contents of Hillary’s released emails, containing multiple interactions between Clinton and multiple white house officials, could be extremely damaging to Clinton’s current presidential campaign.

WikiLeaks founder Julian Assange has previously stated that he has multiple leaks in store for Clinton and, as a free speech fundamentalist, believes that a Clinton presidency could be damaging.

“Of course, when she is in power…she is a problem for freedom of speech. We know what she is going to do. She made the chart for the destruction of Libya—she was involved in the process of taking the Libyan armory and sending it to Syria” said Assange in a video posted to YouTube.

With considerable criticism of Hillary’s work as Secretary of State and her recent comments expressing her regret at voting for the Iraq war, these leaked emails could be a source of insight into the presumptive Democratic nominee’s approach to foreign policy. 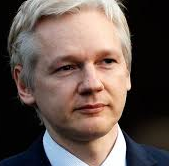 WikiLeaks reported Tuesday morning that they would be releasing new documents every week leading up to the November 8th election. 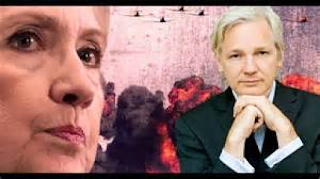 With that, they have yet to actually deliver the major blow to the Clinton campaign as they promised, but they have released a document file covering a shady corporate firm in Paris, France that is linked to both Hillary Clinton and ISIS. Paris struck a partnership with French industrial giant, Lafarge, which has now been exploited for funding ISIS for profit. Documents indicate that Lafarge paid taxes to ISIS so that they can operate its cement plant in Syria, and they even bought oil from ISIS for many years. Hillary Clinton has been connected to Lafarge for decades. She sat on the Board of Directors and conducted legal business dating back to the 1980’s. She is well in tune with this terrorist sponsor, and she helped build them into what they are today. In fact, Hillary’s connection to connection to Lafarge was exploited when the firm was implicated in facilitating a CIA-backed covert arms export network to Saddam Hussein. In 2013, Lafarge’s Executive Vice President for Operations, Eric Olson, was a “featured attendee” at the Clinton Global Initiative’s annual meeting. 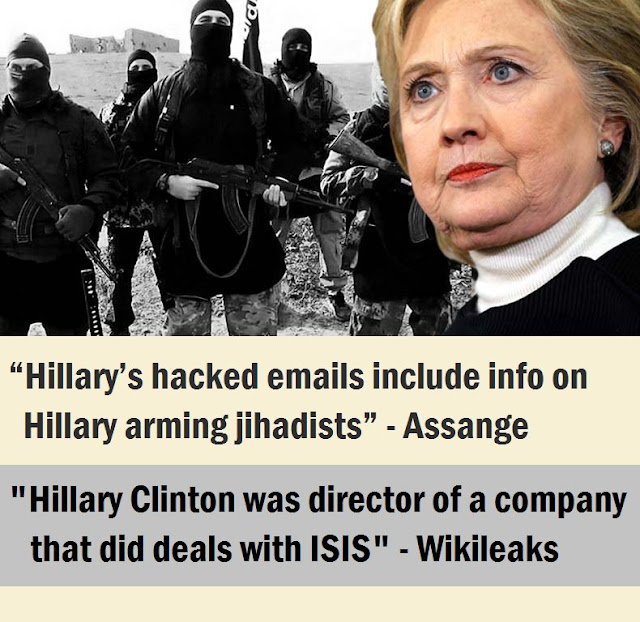 Lafarge also frequently donates to the Clinton Foundation, including $100,000 2015. Lafarge is also listed again as a donor to the Clinton Foundation for the first quarter of 2016. Lafarge has a major connection to Iraq and Saddam Hussein, too, at the behest of Hillary Clinton. They remain a major beneficiary of disaster capitalism in Iraq, dominating a market where Iraq’s infrastructure remains in dire need of hundreds of billions of dollars in investment. Hillary set this apparatus up. The firm is not just an economic juggernaut. They are connected to the intelligence community, too. Hillary demanded Lafarge invest in oil in the early 2000’s, and when they followed their orders, they began to buy oil from shady rebel groups. Lafarge also allowed rebel groups to run other operations and businesses for them, such as their cement industry. In doing so, they funded major portions of ISIS.  So, when Donald Trump says that she is the co-founder of ISIS, he is absolutely correct. WikiLeaks documents prove she sat on the Board that directed millions of dollars to ISIS. What other examples would someone need to prove she help found ISIS?  Hillary has created partnerships with dozens of other terrorist sponsors, too. When she was Secretary of State, a majority of her highest donors came from Muslim countries that fund and sponsor terrorism.

An investigative report by the French daily Le Monde revealed in June of 2016 that Lafrage, the world’s leader in construction materials, had also paid taxes to ISIS middlemen, as well as other armed groups in Syria, to protect its cement business operations in the country while Hillary was Secretary of State. It is also important to remember that ISIS attacked Paris, France in 2015. They set off bombs that killed 130 people and injured 368. Lararge literally funded a group that carried out a major terrorist attack against them and their city. Consider all of this: Hillary actually sat on the Board that funded ISIS, and WikiLeaks has just proven that. Now, the bigger concern is what happens next. Her global takeover is making its way to the United States. Hillary has promoted so many terrorist organizations for personal gain, they are all trying to infiltrate the United States now. https://conservativedailypost.com/assange-retaliates-back-last-night-releases-entire-parternship-documents-from-board/?utm_source=Push&utm_campaign=Martin&utm_medium=OneSignal