Self-Sovereignty as a Computer Geek Oxymoron

By raysongtree October 4, 2017 letters and essays (Educational Comments only)

Discussion of use of words “self-sovereignty” with friend who uses word in conjunction with open source web technology.

Define oxymoron: a combination of contradictory or incongruous words (such as cruel kindness or self sovereignty) Tech geeks, a subclass of the subspecies Homo indoorsians, foot soldiers for globalization

The word sovereign doesn’t appear on the Web of Trust site.  They are talking about web security to stop identify theft.

“Personal sovereignty” is one’s own personal connections and kinship with land base and local community / tribe.  Personal sovereignty is kinship. From kinship comes grounding. From those roots comes an unshakable identity connected to Spirit.

We then know who and what we are. We know.

Those who don’t have kinship as part of their identity are lost in space.

The reason for the systematic destruction of indigenous peoples is that their loyalty to land, family and community gets in the way of the alien hope for a clonosphere of dependent slaves. They are a threat because indigenous peoples don’t need one world government, Big Ag, Big Pharma, or even electricity.  They are independent. Big Brother hates that.

So self sufficient peoples are destroyed to bring in dependency on purchased everything, and their personal sovereignty must be destroyed too, at the root, which means our sexual identity as man or woman has been under attack, particularly by Hollywood, but now the courts also.

Step by step, feminism, gay, trans, enhancements, clones.  All these steps are orchestrated programs. Feminism comes from Rockefellers.  The Rockefellers are under the Rothschilds.  The Rothschilds controlled colonization through their control of British Empire. The beast controlled East India Company and now controls each of us through our socially engineered values.  Hollywood.

The first step was feminism. New Zealand was the test tube for women’s suffrage to test it for the ‘greater market.’   (Ms. Magazine was controlled by life long CIA agent, Gloria Steinem.)

Destroy all that… land, mom/dad, family, tribe, and the clones can be rolled out.  Walking talking robots are coming very soon, and people will then be pressured to be as good as robots and get enhancements.  As you know, cloned humans already exist.

So for me, I don’t know what is meant by “self-sovereignty,” when the web is all about dependency.  The web brings dependency plus more pollution from mining and producing the tech.

Unplugging is what brings sovereignty and local connection, in my understanding…  If all local communities had sovereignty, no one would let their back yard be mined. Tech would come to a grinding halt, which is what the Earth needs, actually.

(Example of dependency, my daughter’s piano lessons are done with Skype.  We don’t have to drive to her lessons. Sounds great but it is inhuman and dependent. There are millions of people now who don’t know how to communicate in person. That is, they are socially retarded and can no longer relate one on one.)

In the past, tribes had sovereignty based on territory.  Homo indoorsians  (modern people) have no land and no sovereignty, as I see it, which is why indigenous peoples are being murdered or given wifi by Facebook drones, to suck them all into the mono-culture of world wide web. Indigenous peoples are actually being removed for and by Homo indoorsians.

What do I want?

So, do I want diversity of sovereign isolated local unplugged communities, or do I want homogeneous “connected” mono-culture?

We must not say we, I must say I. There is no we. There is you and I and each of us must take a stand and own it and be accountable.

These days, the ancient paradigm is forgotten and now these common sense realities like the importance of being grounded is new to many people.

Looking out, you and I can see that nature is wide with isolated pockets of diversity. 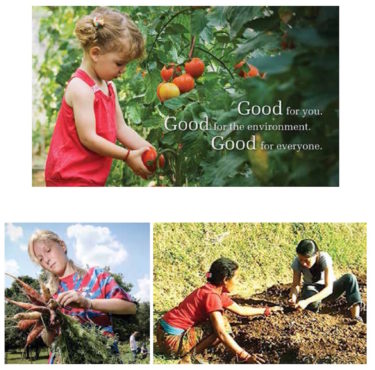 Summing the book up in one sentence: the industrial system disconnected the ethics of kinship and community from the production process. It allowed “objective” industrial management to devise complex processes in which each individual plays a functionalist role with minimalist information, and no one person can see the relationship between their “objective” task, and the massively dysfunctional, pathological, and corrupt outcomes of the total industrial system.