On Environment, Trump is Another Dominant Culture Abuser

If we say Trump is draining swamp, which swamp?  The saying is wrong. Wetlands are being destroyed world wide and that is contributing to sixth great extinction event, (there has been five others in past).  If one only listens to commentators who focus on economy or pedophilia, one would miss environment and say, Iran.  See this:

On environment,  Infowars.com  for example, has no coverage. (Nor does Breitbart News)  That’s because Alex Jones is really a globalist who wants to “go to the stars,” meaning, a global one world government effort to get “humanity” to the stars.  Or perhaps only his tribe will have the tech and leave everyone else behind?

For the dominant culture, speed is a religion, while collateral damage goes unnoticed.

So, is Trump that different than Obama on environment? The Obama administration has granted hundreds of offshore fracking permits in the Gulf of Mexico, allowing dangerous fracking chemicals to pollute the Gulf, documents …

Obama Allows More Oil Drilling and Fracking Than any …

Under the watchful eye of Democratic president Barack Obama, fracking has grown substantially, a massive oil pipeline was nearly approved, trade deals have been … 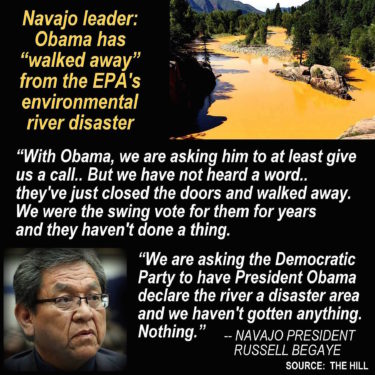