The Myth of Holistic Thinking and The Real World

I like the holistic article by Jason Heppenstall below. In its own bubble, it totally makes sense. This is the truth, but only if each community (with borders) imposes a disciplined local plan after exposing the pedophiles in their ranks and the alien agenda behind abuse.  Vain pursuits have been put ahead of connection in our value systems. That is, not only does the 1% need to be composted, so do our dreams.

Similar to the teachings that say we are in a universe of billiard ball atoms, this article ignores that satanists/reptilians/ascended a–holes exist.  In the author’s mind, it is just a random accident that industrialization occurred, or that the Rothschild British Empire occurred. In his mind, once we run out of resources, we will return to simplicity, albeit a forced one, “the long emergency.”

Not so quick… because the author doesn’t understand that the organizers who created we human slaves for thousands of years, (and we now believe in “progress” and comfort) had an objective and one was to produce space transport for themselves and that these organizers have done this on other planets and have always had a plan for peak production. The aliens know all about limits to growth.  They coined the term.

They have already insured depopulation operations and are busy busy busy from wifi to glyphosate to aluminum in soil to bio weapons to space lasers, already culling the herd.

Today at the beach I saw a group of handicapped kids.  There are more and more of them.

“Green ” utopia like silly movie “Thrive” is false, but so is prepping without ammunition, which is notably absent in the essay.  This naivety is maddening 🙂  Will there be resource wars in everyone’s neighborhood or not?   “Oh, no, I believe in peace.”  Well, try feeding that to your kids. “Oh, but I don’t have kids.”  Right. Perfect. You will  have a warm cozy retirement while the world that you don’t care about is burnt to ashes. Right. Perfect.

I love his expression, “end of age of abundance.” This is so true, and smacks the face of new agers who think that by just “believing in abundance,” one will be blessed with endless toys and delicacies and vacations. Their age of abundance ultimately means welfare, which really means rations.  It is the religion of the dominant culture. Take the money, run, indulge and gloat. Success!  And while gloating, live in denial that your success was built on collateral damage. Be disconnected!  We’re headed for the stars, so f–k Earth!

We mimic our alien masters… 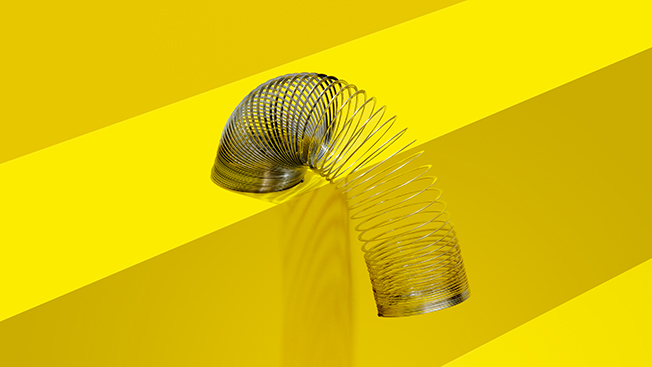 I’ve been thinking about resilience lately, and what that word means to people. According to my Concise Oxford Dictionary, the word resilient is defined as:

As our supply of cheap, concentrated fossil fuels stutters and dwindles, and the industrial age that has ridden on its back for so long enters its twilight years, it is a certainly that most of us will find ourselves experiencing great change. Despite all the bluster and inflated claims of a new ‘green’ era in which people will be able to continue their high consumption lifestyles and enjoy all the benefits accorded by globalised supply chains, the facts — as I’ve been researching and writing about for the past eight years — simply don’t stand up to any meaningful analysis of this possibility.

A minority of critically thinking people have accepted this and recognised the likelihood that their lives are going to take a turn for the materially poorer in the immediate future. A smaller minority still have decided to actually take action in preparation for this. These people have seen that all is not well in the three major ‘E’ realms of energy, environment and economy, and are concerned about what it means for them and their families. They may hold differing opinions on what the trigger point will be — ranging from economic collapse and global war, to rampant virus outbreaks and civil strife — but they share the same feeling that things are more delicate than the mainstream media would have them believe, and that the best way of ensuring one’s welfare is to prepare for an era of disruption and dramatic change.

These people can count themselves as among the lucky few, because preparation and proactive behaviour is always better than unpreparedness and reactive behaviour. Once they have got over the psychic shock that usually accompanies a realisation of an uncomfortable truth, and then proceeded through the standard stages of the Kübler-Ross Change Curve (also known as the Five Stages of Grief Model), they will find themselves at the ‘acceptance’ or ‘integration’ end of the process. This is the point where they decide to do something useful about the predicament they find themselves in.

Not everyone, however, makes it as far as the acceptance stage. Many get caught up in the ‘frustration’ and the ‘depression’ stage of the process, and find they cannot escape. These people see little or no point in continuing, and often they adopt a nihilistic outlook as a coping mechanism. It is as if they are being pulled into a black hole. And yet if they can pull themselves away from the gravitational well of despair and make a commitment to moving forwards to acceptance then they can be said to be demonstrating resilience. Resilience, in this case, is a dogged determination to make the best of the scenario you find yourself in, despite the fact that you have no control over the wider situation.  It is the conscious decision to take control and do something useful.

“Something useful” is often manifested in the form of stockpiling food and other items that will be valuable to have around if they are suddenly no longer available. This is a natural and worthy start, but it is only the beginning of a much wider transformation on the path to resilience. Now that the internal reality model you were brought up with has fractured and is no longer useful, you may begin to frantically hunt for new information and make connection with like-minded people who have been through the same transformative process as yourself.

Plenty has been written on the subject of resilience in the past, and the focus is usually on the preservation of one or more forms of capital. This may be because people are generally, and understandably, concerned with losing what they already have. This has led to a lot of talk about how to secure one’s financial capital (wealth) and property. Ranked higher still is how to preserve one’s corporeal presence on the planet i.e. how to stay alive if the food trucks stop turning up at your local supermarket. In other words, resilience has come to mean protecting and holding onto ones capital.

But capital is an oft-misunderstood word, usually meant only to mean material assets or the means with which to produce wealth — hence its association with capitalism. But the concept of capital goes far wider when considered in the personal sense. Everybody — no matter how materially poor they are — has various forms of personal capital. It could be considered the summation of the resources that we value and have some form of control over. Logic then tells us that if we want to be happy (and who doesn’t?) we should build up our capital.

Having personal capital that we can use to our benefit and control can be translated as empowerment. Being lost in the ‘depression’ stage of the Kübler-Ross Change Curve is a failure to recognise one’s personal capital twinned with a self-defeating outlook that says “there is no way out of here – I should give up now.” This is not a recipe for happiness and empowerment, so the first step to figuring out how to become resilient is identifying our capital in order to build upon it. These are the broad forms of personal capital to recognise and identify in your own life:

In terms of personal bio-capital, think about what you have access to or control over. Do you own a garden that could be planted up with insect friendly plants, fruit trees and organic vegetables? Maybe you don’t, and all you have are a couple of window boxes and some shelf space. This is still bio-capital — you can grow a few small plants such as tomatoes or chillies, and you can sprout beans and pulses on the shelves. Maybe you don’t even have that, and yet you can still be a guerrilla gardener or grafter (planting and grafting in communal spaces), or you could help out at a local nature reserve or organic farm, clean litter from the beach or canal you live next to … the possibilities are many.

Thankfully, more people are beginning to question this view. At the same time they are turning away from the major religions — which have claimed hegemonic control over the spiritual dimension for millennia — and are awakening to the personal spark of potential within themselves. A good spiritual grounding is an empowering phenomenon, and therefore a very valuable form of capital.

Each of these ten forms of capital are present to a greater or lesser extent in everyone’s lives. They do not exist independently from one another, and they will usually grow in symbiosis with one another, as long as no single one becomes outsized compared to the others.

Combining these ten form of personal capital are what I am going to be writing about over the coming months. It’s a process I’m calling holistic resilience i.e. considering ways in which to withstand or recover from difficult situations using a synthesis of personal capital. I’m looking forward to expanding on each of these ten forms, as well as delving deeper into the meaning of resilience and why people should be developing it. Along the way I hope to include many examples and introduce new concepts from different areas of thought.

Three key assumptions throughout will be that:

2 – We have free will and are willing to use it

3 – There are no guaranteed outcomes in life

[ Yes there are. We will suffer and die and have endless chances for rebirth. Perhaps he meant, there are no outcomes, there are only endless choices.  And we better take responsibility for them, or we will not notice where we are.  – Ray Songtree]