The Illuminati Snag Adele, a Peer of Amy Winehouse, Murdered

By raysongtree December 14, 2015 letters and essays (Educational Comments only)

Please scroll down for this photo essay. Quick introduction to article:

Many people ask “Is Adele in Illuminati?” This shows a misunderstanding. The music industry IS controlled by Big Money, and all money is controlled by the Rothschild central banks. That is the pyramid. It is a music industry, a money industry, a controlled industry. Everyone who is successful in entertainment is part of this pyramid. Success is not allowed without compromises. As many artists have admitted, you must sell yourself to evil in order to be granted success. Evil includes rituals where young children are raped and killed. (Excellent playlist of videos on Illuminati Music Industry) Below is photo of illuminati pyramid atop Supreme Court Building in Jeruselum, built by Dorothy Rothschild.

The Illuminati is same as New World Order is same as Zionists is same as banksters – (link) Predatory colonization became predatory Globalization. The Rothschilds created CIA, UN,  IMF, World Bank,  Ms. Magazine (CIA) and Playboy Magazine (CIA).  There really is a matrix of lies surrounding us and we need to wake up, one piece of evidence at a time.

Because the entertainment industry is captivating, especially for youth, this is where the symbolism and the social engineering is pushed.

We only have heard of Adele because she made an agreement.  Her appearance on Saturday Night Live, which she attributes to her success, was a placement.  Adele is talented, but so are many others who are never promoted. She was pulled out of a hat by the same people who placed beta kitten Sarah Palin (this link has many resources that can be downloaded) who was supposed to be on SNL when Adele performed.  To understand the wide extent of Illuminati subterfuge takes some study.

The Zionist banker led New World Order snags all new talent in order to snag us.

They mostly hold out the carrot of wealth, fame and “success,” but it gets more deviant and dark. See Black Child videos on youtube.

There are many talented people. There are many geniuses that were never promoted. Exactly the same vetting goes on in politics.  The music industry and ‘politics industry’ are the same.  Lipstick and war crimes.  Please download my non-profit Vol. 1 ebook here. – Ray Songtree

For those who think the Illuminati is “conspiracy theory,” it might be good to review this letter by George Washington dated 1798 and then take a quick look at fact that ALL the talent show judges are Illuminati controlled. 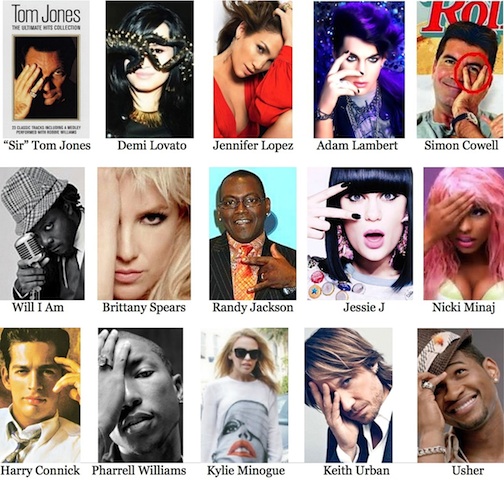 Above Judges: A person has to be an Illuminati slave to be a judge on American Idol, X-Factor, or the Voice. 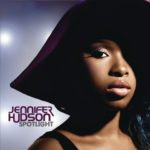 This year, 2017, Illuminati Jennifer Hudson and Seal appeared on talent shows as judges. By playing the game they are awarded with more fame. They are trusted. Jennifer Hudson sang for the murder of Whitney Houston.  Jennifer knows what the price of disobedience is.  I believe Adele does also with death of her friend Amy Winehouse. 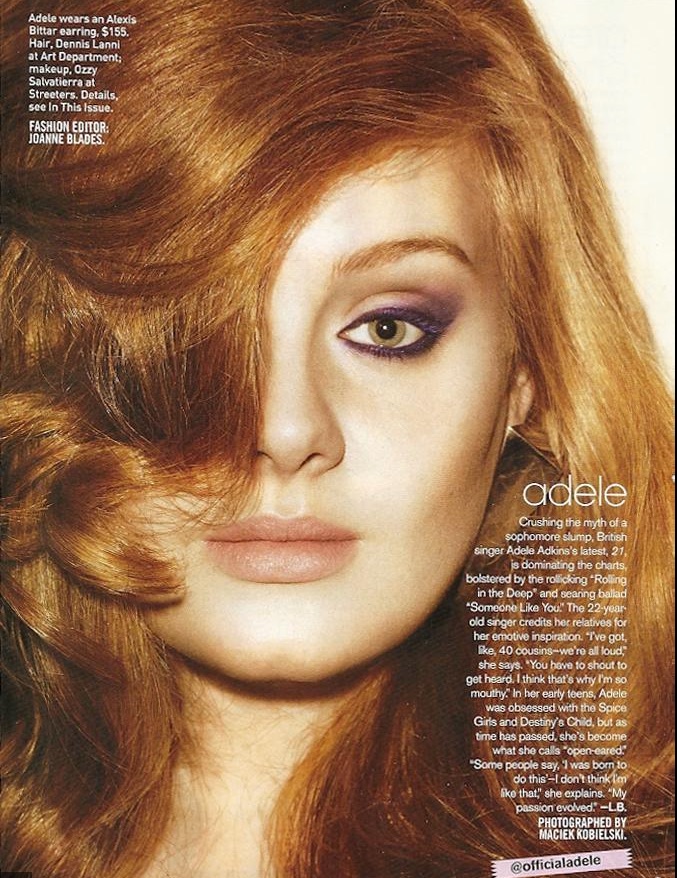 2009, Vogue Mag In my opinion she may have not understood what it meant, but in next images, she is consciously obeying. 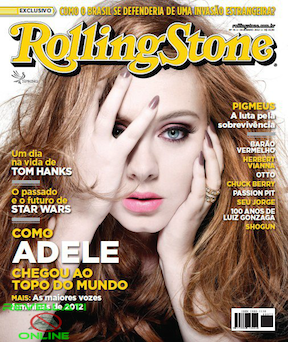 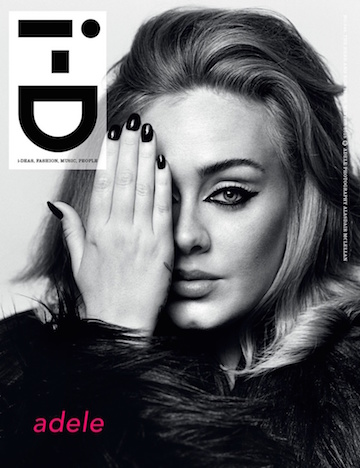 Now in 2015 Adele is consciously allowing us to know who is at the wheel.  She is rich and famous, but she is owned. She is not independent. They have something over her to control her. 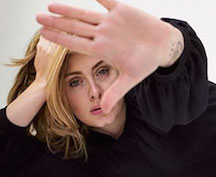 American Idol, X-Factor and The Voice are all Illuminati programs that are spreading to other countries to homogenize all cultures toward the one world culture under one world government. Month by month, year by year, decade by decade this is the program. Don’t believe it?  Here is Adele’s song in China as world moves toward monoculture. Click on image below to start video.

The video below about Amy Winehouse is important.  For those who have not studied Monarch or Disney programming, Amy Winehouse was mind controlled very early.  Her father was a handler, constantly reading Wizard of Oz to her. The toxicology report said she died from alcohol?  The date of her death was decided in advance by the numerology obsessed Illuminati. She was a sacrifice.

Winehouse was aware she would be killed after this sculpture below of her laying dead surfaced. Notice mickey mouse club mask, programming trigger.  See the video below on her as sacrifice victim to start to understand this sick organization.  Download the free pdf or ebook to learn more about mind control in Vol. 1 of Ray Songtree’s book series Lipstick and War Crimes. 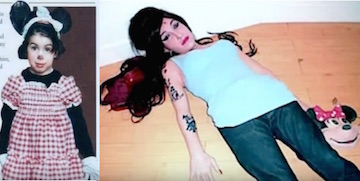 This next was a valuable youtube with only 527 views after two years, and was taken down by BBC, we are told, for copy-write, but how did they even notice it?  In fact, it was threatening, and was truthful, and it was censored.   I am sorry you cannot see it.  It exposed the murder and the ritual aspect. I have not found another video like it which lines up the ritual clues.  Here is a youtube video in spanish that might be good, but most videos on her death are “official story” lies. Don’t believe them. The shut down of the youtube channel below, demonstrates that the allegations in youtube were true and threatening.  Please check out the image below of the red polka dot bows,  and compare it to image of Jessie Jay below and Mickey Mouse mask on floor next to Amy doll, above. This is not coincidence. These are all Disney puppets. 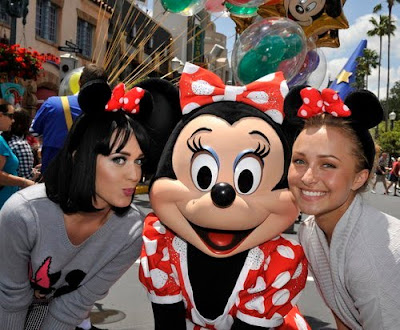 Notice Kitten Programming, leopard skin on cap. Women are supposed be to sex predators, another attack on family. You will see almost all celebrities with leopard skin, even men. It is a mind trigger and now spread through K-mart and Wal-mart. It is not just fashion, it is programming. 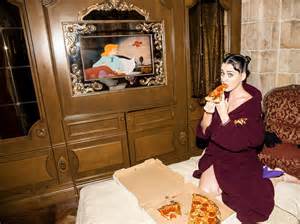 In above image we see Katy Perry on a bed showing leg, with Disney character on a bed behind her like a mirror of her, leopard skin K

itten Programming pillow, and eating Pizza. Pizza is pedophile word for girl victims.  Link here for Pizzagate. This is real.  As with Miley Cyrus, Perry is a slave turned recruiter and handler.  Both supported Hillary Clinton who was directly tied to Pizzagate through pedophile, John Podesta.

This is not a fashion statement, this is subliminal messaging. Beyoncé is another slave.

Pharrell Williams is Illuminati all the way. He very often wears subliminal messaging. 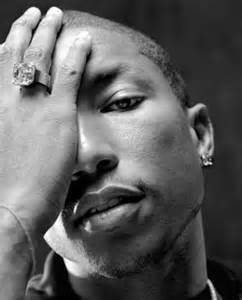 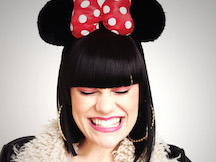 Amy Winehouse… The Minnie Mouse face next to her dead wax figure is no accident. She was warned of her upcoming death, and she was alarmed and said, “I don’t want to die.”

Vigilantcitizen.com is good site to study Illuminati and Entertainment industry. 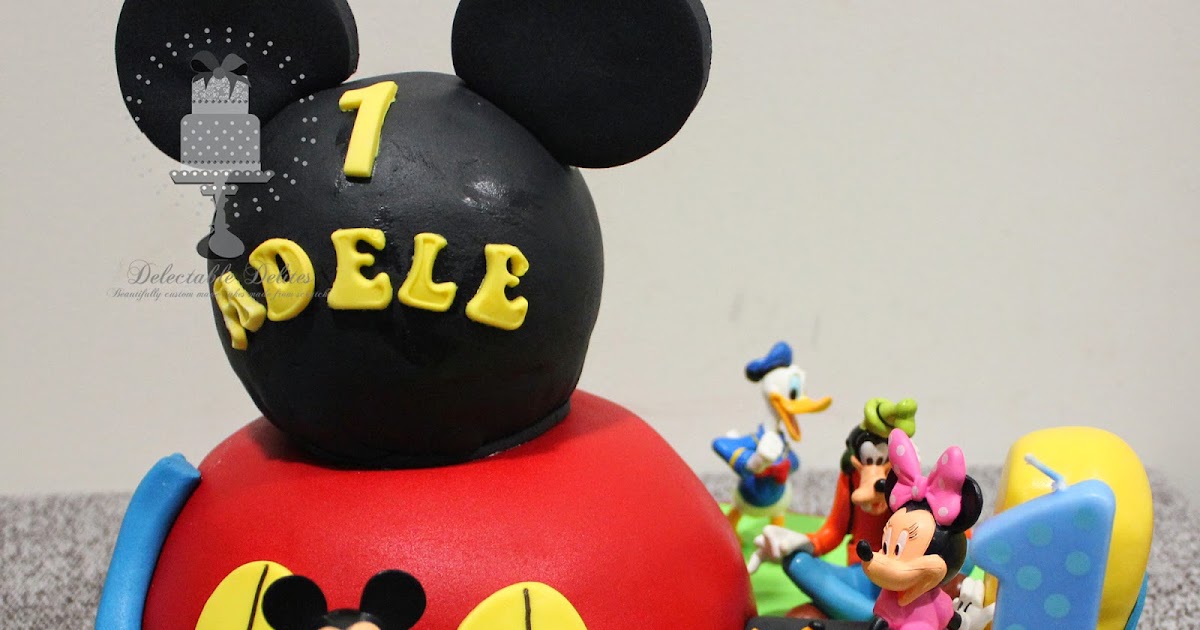 Below, full letter of George Washington discussing infiltration of Freemasons by Jacobian Illuminati. The Illuminati is connected with the bankster Rothschild and Rockefeller Zionists who control entertainment industry. This cabal is called the Illuminati or the New World Order.

Far bottom, the society of slaves who obey what they are told to obey, or lose their career.  It’s very real.

History of Walt Disney and murder of Whitney Houston are covered in Vol. 2, non profit books. 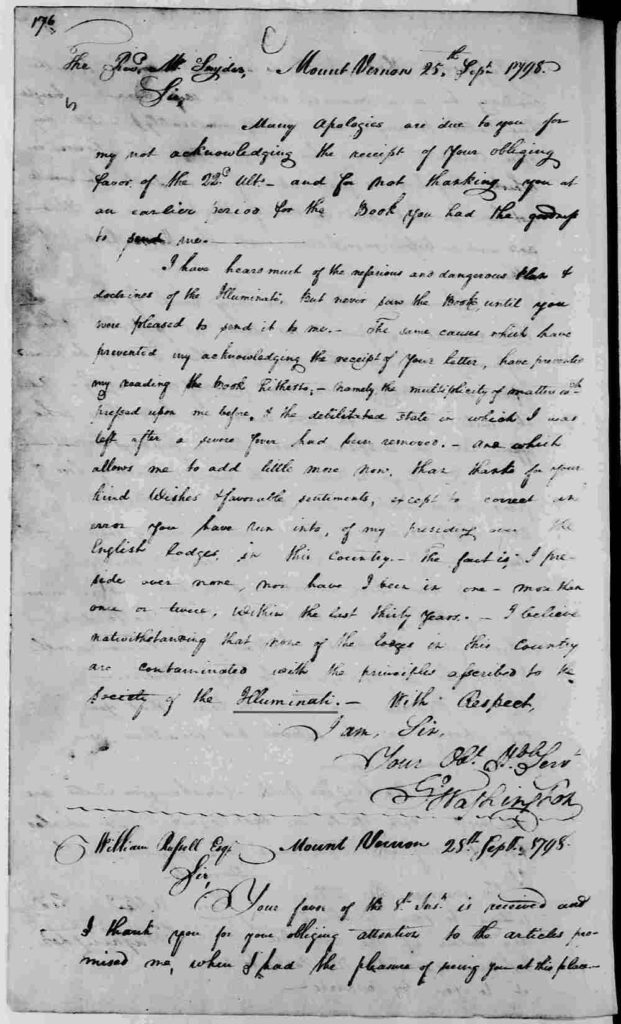 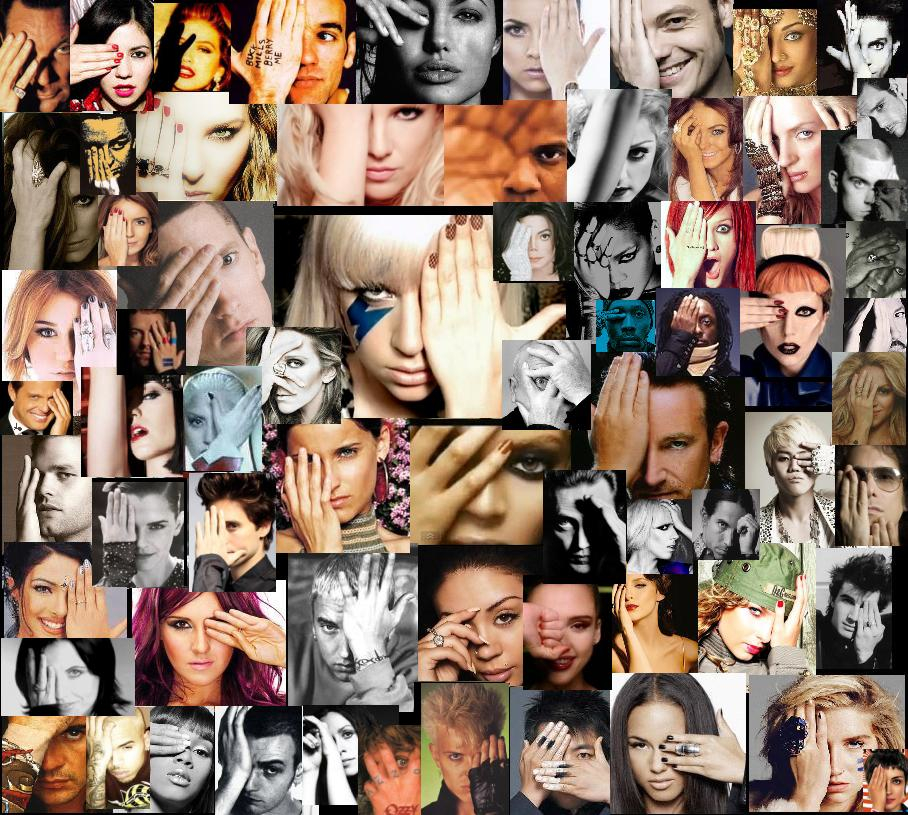