The ‘Basic Income’ Psy-Op – Unconditional Big Brother Rations For All

“The idea of granting each (adult) citizen an unconditional basic income…”

The underlying assumption of the dominant culture, is that all differences should be homogenized and placed under a central command. This is called “full spectrum dominance,” which is a military term, but also exhibits the blanket military scheduling of “global transformation.”  In past this program was called colonization, which morphed to globalization. The dominant culture is now known as “World Order” and the cutting edge weapon is not steel swords or gunpowder, but is invasive artificial intelligence (automation), which will insure more unemployment and therefore, more control over the organic. When indigenous people were free they were all employed and if one didn’t work, one didn’t eat. To bring everyone under the same heel, native skills are being replaced. The less human variables, the more control.  In the past “Human variable” might have implied idiosyncrasy or unique culture, but now simply means unique human choice. Human variables, meaning human choices, are not efficient for the machine. The less human choice, the more control.  – Ray Songtree

The ‘Basic Income’ Imperative: Rethinking Sustainability, Equality and Inclusion in the Light of Social Innovation Across Europe

[Translation :   As the world economy inevitably collapses with too many people and not enough living lands or seas left to strip mine (which the dominant culture needs to feed our superior, advanced, modern, electrical, long supply chain, wasteful, perverse, materialistic and polluting lifestyle)  a uniform ration should be established called “Basic Income”, to be made attractive with idea of humanitarian equality, so that, as life becomes inevitably more dire, the elite can selectively cut off populations that are extraneous to their machine.

These families, who will be cut off, starved and poisoned will be seen as collateral damage and will be wiped out for “the common good,”  precisely the way most readers feel about the demise of Native Americans or Aboriginal Australians. Do you care? You could care less, right? The fact is that this attack is going on right now, but you don’t care do you?  Yet, your family is now in the cross hairs.

This ‘Basic Income’ (Ration) imperative, which is exact mimic of insufficient world food standard laws, will be accomplished with social engineering, and made to appear as welcomed democratic “innovation.”

“Across Europe” in above title means all of Europe is targeted by these planners. They demand transformation THEIR way. They are on a march across Europe. They are imperialistic. And I would guess, they are funded, just as Karl Marx was funded.]

The idea of granting each (adult) citizen an unconditional ‘basic income’, independent of means test or work requirement [whether they produce anything or not, or are perhaps even intentionally non-productive] has made major strides in recent policy debates across Europe. Driven by popular initiatives such as the successful 2013 Citizens’ Initiative in Switzerland [Hub of the Rothschilds], the prominence in party-political manifestos such as Spain’s Podemos, and even government commitments such as the forthcoming 2017 basic income pilot study in Finland, basic income cannot be readily dismissed as an alternative to the policy orthodoxy of the active welfare state. [Welfare was supposed to be help for hardship cases, not conditioning all of society to dependency on the State.]  It may even introduce social innovation. [Social means herd.]

Nevertheless the “basic income imperative” faces considerable challenges, and the aim of this stream is to map out these through a number of country-studies within Europe and beyond.

[Their aim is to classify and map obstacles to the One World ration by the One World Government. Obstacles would take the form of loyalty to any other concept.]

This stream aims to advance the policy debate around basic income [uniform ration] in several ways.

First, country-level contributions may shed light on how ostensibly similar challenges harbor major differences at the level of policy design and anticipated policy effects [social engineering everyone], with particular focus on the potential contribution of ‘basic income’ schemes to sustainability, equality, inclusion and social innovation.

[“Sustainability” refers to the continuation of the machine, not the living Earth, which are implacably juxtaposed.

“Equality” refers to homogenization and monoculture, ultimately… everyone on rations.

“Inclusion” means no people on Earth will be allowed to be independent of the one World standard, i.e. NO ESCAPE. You must take rations and anything else would not be “fair.”

“Social innovation” means state sponsored “innovators.” It also means re-educating children to root out their individual initiative, as we see in the global education psychology now being deployed by World Bank.]

[Identifying any and all cultural distinctiveness, is important to eliminate “constraints” to the policy of one uniform monoculture. Said another way, differences are not respected, they are studied so they can be eliminated.]

Third, contributions will identify ways in which the particular constellation of policy actors [conspiracy], interests and opportunities [targets] shapes the political strategies [persuasion/coercion ] to move ‘basic income’ onto the policy agenda.

[The common obstacle is diversity, to be homogenized.]

We invite contributions that examine one or more of the issues listed above within a specific country. The aim of this stream is to allow contributors to offer in-depth country analysis, [To classify obstacles that stand in the way of rations system] which serves as precondition for future comparative research of the prospects and challenges of the basic income [ration]  imperative [forced] across [no escape.] Europe. Although the main focus will be on European welfare states [the Euro-rationing-zone], we would consider contributions that illuminate [Illuminati] the debate through a non-European perspective or advance a comparative or European analysis.

It is interesting that they identified the source by using word Illuminate. “Light” in title means vain exceptionalist vision. The writers reveal themselves as arrogant conceited manipulators. One wonders if they would accept a Druid or Hopi or Papua New Guinea or any other indigenous perspective on the good or evil of re-colonization? One wonders if the people giving these conferences have ever had calloused hands? Have they ever produced anything?  More likely they have college degrees and are paid to sit at a desk.  These are the social engineers planning the future of everyone else.

Michigan residents lost their “right to farm” this week thanks to a new ruling by the Michigan Commission of Agriculture and Rural Development. Gail Philburn of the Michigan Sierra Club told Michigan Live, the new changes “effectively remove Right to Farm Act protection for many urban and suburban backyard farmers raising small numbers of animals.” Backyard and urban farming were previously protected by Michigan’s Right to Farm Act. The Commission ruled that the Right to Farm Act protections no longer apply to many homeowners who keep small numbers of livestock.

Kim White, who raises chickens and rabbits, said, “They don’t want us little guys feeding ourselves. They want us to go all to the big farms. They want to do away with small farms and I believe that is what’s motivating it.” The ruling will allow local governments to arbitrarily ban goats, chickens and beehives on any property where there are 13 homes within one eighth mile or a residence within 250 feet of the property, according to Michigan Public Radio. The Right to Farm Act was created in 1981 to protect farmers from the complaints of people from the city who moved to the country and then attempted to make it more urban with anti-farming ordinances. The new changes affect residents of rural Michigan too. It is not simply an urban or suburban concern.

Shady Grove Farm in Gwinn, Michigan is the six and a half acre home to 150 egg-laying hens that provide eggs to a local co-op and a local restaurant. The small Michigan farm also homes sheep for wool and a few turkeys and meat chickens to provide fresh healthy, local poultry. “We produce food with integrity,” Randy Buchler told The Blaze about Shady Grove Farm. “Everything we do here is 100 percent natural — we like to say it’s beyond organic. We take a lot of pride and care in what we’re doing here.” Shady Grove Farm was doing its part to bring healthy, local, organic food to the tables of Gwinn residents, and it mirrors the attitudes of hundreds of other small farming operations in Michigan and thousands of others popping up around the nation. The ruling comes within days of a report by The World Health Organization that stated the world is currently in grave danger of entering a post-antibiotic era. The WHO’s director-general Dr. Margaret Chan argued that the antibiotic use in our industrialized food supply is the worst offender adding to the global crisis. “The Michigan Agriculture Commission passed up an opportunity to support one of the hottest trends in food in Michigan – public demand for access to more local, healthy, sustainable food,” Gail Philbin told MLive.

Meanwhile, neighboring Indiana Governor Mike Pence signed Senate Bill 179 a few weeks before which freed up poultry and egg sales from local and state regulation. Yesterday, the USDA Secretary Tom Vilsack announced massive funding to support research about small and medium-sized family farms, such as small farms ability to build-up local and regional economic systems. “There’s a lot of unnecessary legal action being taken against small farms who are doing good things in their communities,” said Randy Buchler, who is also on the board of directors for the Michigan Small Farm Council. The Michigan Small Farm Council actively fought to support Michigan farming freedom, but ultimately the Commission voted to approve the new restrictions.

“Farm Bureau has become another special interest beholden to big business and out of touch with small farmers, and constitutional and property rights of the little guy,” Pine Hallow Farms wrote to the Michigan Small Farm Council. The Michigan Farm Bureau endorsed the new regulatory changes. Matthew Kapp, government relations specialist with Michigan Farm Bureau, told MLive that the members weighed in and felt that people raising livestock need to conform to local zoning ordinances. The Farm Bureau did not feel Michigan’s Right To Farm Act was meant to protect the smaller farms, and ultimately the Michigan Commission of Agriculture and Rural Development agreed. 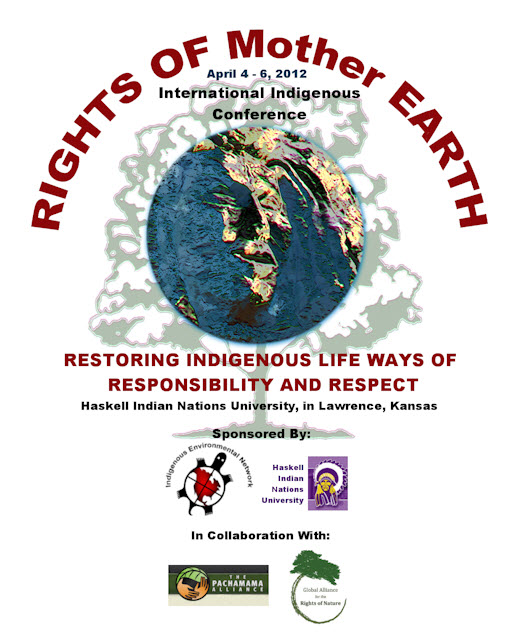