Australian Academy of Science Pushes Unemployment for the Masses

By raysongtree July 28, 2017 Breaking News (Educational Comments only)
[blue text are links]
Why send your kids to school? Why indeed? Is it to get a job?

Job automation will push 4 people out of 10 out of jobs by the end of 2021. … skill and high transaction jobs will be affected as automation takes away their jobs.

A World Without Work – The Atlantic

The end of work is still just a … thought that automation was going to make all the jobs go away,” he said at the National … 30 or 50 percent …

Automation will end 2 million driver-related jobs: Is yours …

Virtual Reality (VR) goggles will soon replace computer screens in some workplaces. The 5G network will not only enable a VR network for consumers, it will also model reality for law enforcement and it’ll reckon “pre-crime” by calculating the most probable action of every “node” on the network. Nodes can be people, locations, nearby stores, available merchandise, past purchases, plane schedules, weather reports, etc.

This short video below explains how this new wave of automation will be different from the last one which characterized the Industrial Revolution.

The 12 minute video below lays the threat of automation out in very simple, easy to understand terms without making it scary. We have to question people who think science, (which is divide and conquer) is something beautiful. They describe themselves…   “Videos explaining things with optimistic nihilism.  We are a small team who want to make science look beautiful. Because it is beautiful. Currently we are making…”  Who funds this “small team” and what is their philosophy and therefore, their goals?

Optimistic nihilism could be translated as “utopian atheism.”  Though I myself know that infinity cannot have only one godhead because infinity means infinity, I also feel that infinity includes intuitions, connections, and perceptions that cannot be mapped, and in that mystery is something vaguely called spirit which includes our hearts. One has to become quiet to explore truth, not a scientist that collects measurements with machines, which is what science now is. Nihilistic science is certainly not beautiful and again, we must ask whether this video supports or condemns automation?  Are there values like good or bad in science? No, there is not, therefore this video supports efficient technocratic management by the elite who control automation.

The video was made by The Australian Academy of Science who say they want to create an “army” of followers. They have millions of Youtube subscribers swallowing their social engineering videos. New World Order students know that Australia is a testing ground for new programs such as mandatory airport scanners, mandatory vaccines, and even implanted RFID chips.  From Wikipedia … “The Australian Academy of Science was founded in 1954 by a group of distinguished Australians, including Australian Fellows of the Royal Society of London. The first president was Sir Mark Oliphant. The Academy is modeled after the Royal Society and operates under a Royal Charter…”

PROFESSOR SIR MARK OLIPHANT, who has died in Canberra aged 98, played a central role in the development of the first atomic bomb. The incineration of …

Anyone who gets knighted as a “sir” is being endorsed by the Rothschild controlled pedophile royalty of England.  Is the atomic bomb an example of “optimistic nihilism” or was Oliphant, founder of Australian Academy of Science, a moral idiot? When we understand that the beast produced this video, we have to ask if this video is challenging automation or just softening us to the probability?  The video offers no paths of resistance, which gives us our answer. Be careful watching this video. This is predictive programming, making us feel nice about suicide.

My advice is to unplug, don’t use a smart phone and pay cash for everything. Learn to make things by hand.  Only buy locally produced products. Step back from the machine. Be the resistance.

A related article on AI is here.  Video is below. 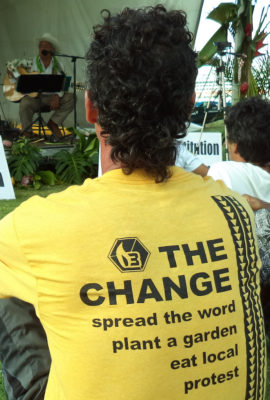 Click on image below to start 12 minute feels good video that doesn’t show the human price of efficiency or any mine tailings, which is the true cost to future generations, of our toys.