Scroll down. This is what Zuckerberg is bringing world with virtual headset tech.  It is unknown whether he has invested in the dolls.  Get ready to gag. Lets see, will girls try to dress like the virtual images, or will women finally start being real again and boycott image all together? 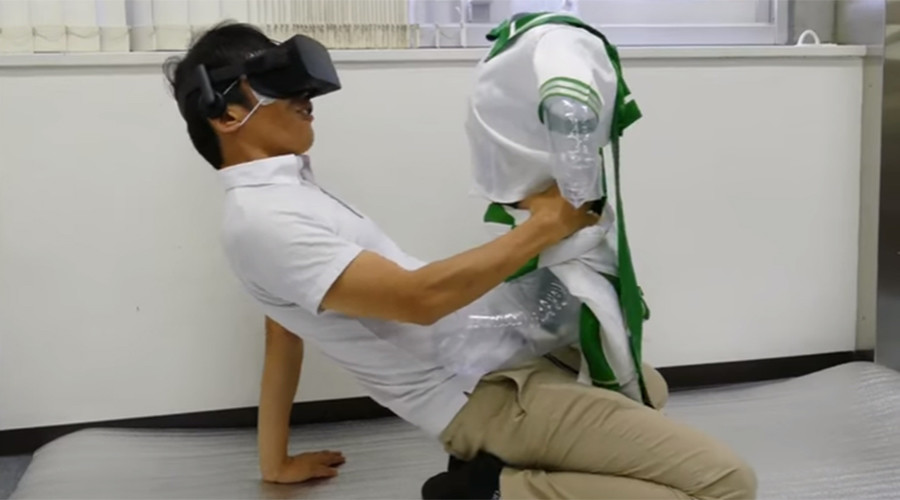 Facebook in $2 Billion Deal for Virtual Reality Company – The …

Mark Zuckerberg, a co-founder and the chief executive of Facebook, … too, would create a virtual reality headset for its PlayStation 4 game console.

Facebook CEO Mark Zuckerberg laid out his vision for the Oculus Rift virtual reality headset in a Facebook post on Thursday that has racked up 70,081 likes and counting.

Mark Zuckerberg: Here’s Why I Just Spent $2 Billion On A Virtual-Reality Company. … Oculus VR makes the Oculus Rift, a headset for virtual-reality gaming.

Facebook’s Oculus Rift virtual reality headset, which ships to consumers for the first time in a few weeks, may have been conceived of by gaming enthusiasts.

Zuckerberg’s Oculus has plans to bring computers to your …

Oculus Rift is off to a good start. Facebook CEO Mark Zuckerberg said Tuesday that response to the high-profile new virtual reality headset has been …

It has emerged that the country’s first-ever event of its kind, Adult VR Fest 01, was turned off early last month because of overcrowding at the Akihabara district venue.

The festival offered visitors a peek at the latest in VR sex tech including a headset which, with the help of an inflatable doll, replicated sex with a women.

“The event didn’t start until 2:00 p.m., so I went there in high spirits an hour before then, but the city was already overflowing with people,” local blogger Eizo0000 reported.

“While waiting for my friends, I couldn’t help but think that if they couldn’t control the mass of people, a riot or something similar could happen,” wrote Eizo0000. “The 20 lucky guys closest to the building were let in by staff.”

Businessman Bradley Charvet, who plans to open the ‘blow job cafe’ in Paddington, claims the sex-bots will be programmable to a person’s needs and will soon be seen as “totally normal.”

A 15-minute oral sex session with an espresso will set punters back just £60 (US$78). Hungry patrons will have to pay extra for a pastry.

The coffee shop is due to open after Charvet launches his first cafe in Geneva, Switzerland, later this year.

However, the announcement was met with skepticism by many, who cited Britain’s stringent anti-prostitution laws as a reason why the business would be unlikely to take off.

“Sex robots will always be pleasing and could even become better at technique because they would be programmable to a person’s need,” he told the Daily Star Online.

“They will improve the sex service. It’s totally normal to see a new way of using robots and others sex toys to have pleasure.”

“The bar is the place to meet people, to extend your network and the way to start the morning.

“What could be better than meet your friends around a cafe and to enjoy a nice blow job from a sex robot?”

With opening hours of 6am to 11pm, blow job cafes could soon replace the pub as Britain’s favorite socializing spot.

Charvet believes a trip to the cafe is the best way to start the day.
“Everyone is drinking coffee daily,” he said.

“And nothing is better to start a working day than engaging in sexual action, US research has found.”

“People like to chat before they make love. It makes sense the robots will speak and tease men’s desire,” he added.

The Paddington cafe will be home to eight robots dressed in a variety of costumes.

“Uniforms are going to be worn: nurse, police, student and secretary.”

If the London cafe is a success, Charvet plans to open a 24/7 shop in the heart of Manchester.