By Richard Becker, West Coast Coordinator of the ANSWER Coalition 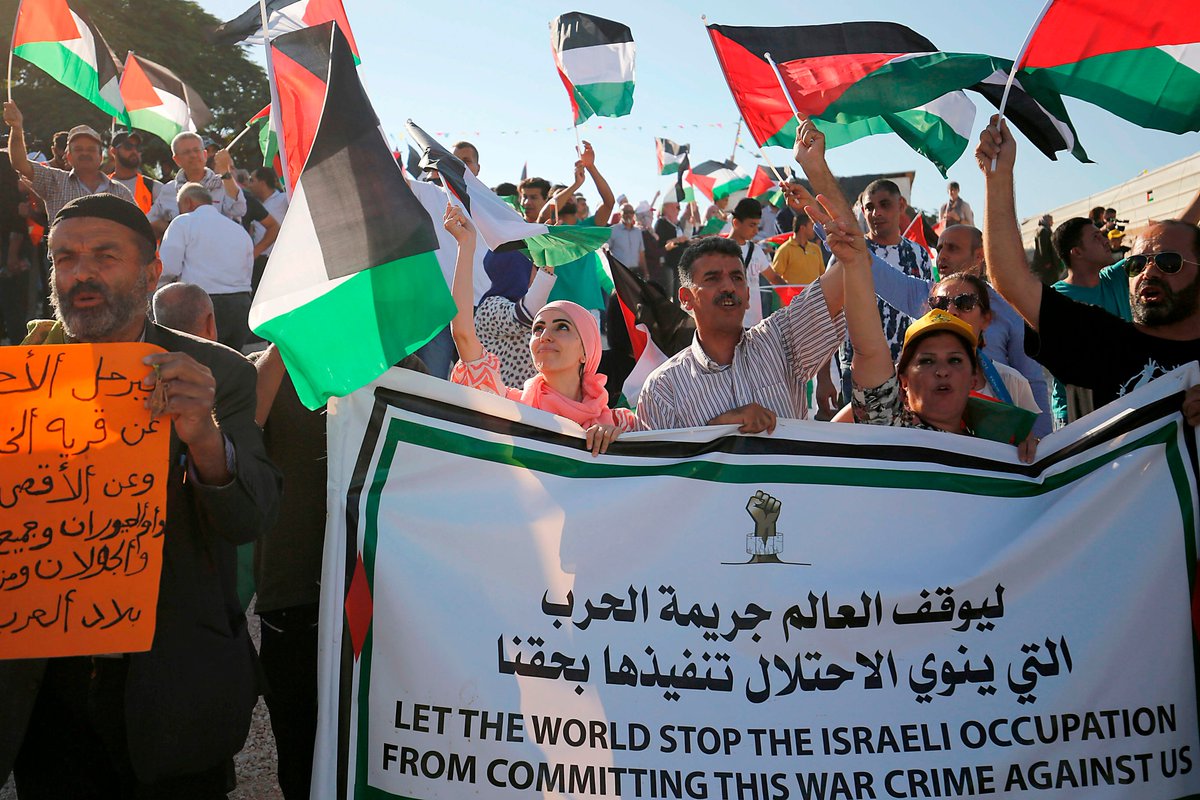 On July 19, 2018, the Israeli parliament ratified into law an apartheid system that has long been a reality. “Israel as the Nation-State of the Jewish People” is the newly approved Basic Law in a country where such laws take the place of the constitution Israel has never had.

The “Nation-State” law had been under consideration for many years, but even many ardent Zionists had been opposed, not because they disagreed with its provisions but because it would remove all doubt worldwide about the apartheid character of the regime. For the same reason, many pro-Israel organizations and leaders in the United States spoke out against the law.

Apartheid is a crime against humanity under the International Convention on the Suppression and Punishment of the Crime of Apartheid.

Total support from the Trump administration, including moving the U.S. embassy to Jerusalem, was the green light for many members of the parliament (Knesset) to vote for the bill now. At the same time, the massive military and economic support, and diplomatic protection extended by Washington have made Israeli leaders increasingly dismissive of criticism from other governments.

The vote for the law was 62-55, with most of the opposition – excepting 13 Palestinian Arab members – still motivated by fears of international reaction to openly proclaiming Israel to be a racist state.

Ahmed Tibi, one of the dissenting Palestinians legislators, called it “the official beginning of fascism and apartheid.”

It should be pointed out that the borders of the “land of Israel” are not defined, as they never have been since the formation of the state in 1948. This is not accidental. From the very beginning, the Israeli colonizers considered their original territory to be insufficient and temporary, and have waged several expansionist wars. Today, crossing into the West Bank one encounters no sign of a border.

Not mentioned here, nor anywhere in the law, are the Palestinian people, who comprised 92 percent of the population a century ago, and who were evicted en masse by means of terror in 1948-49.

The “right to exercise national self-determination . . . is unique to the Jewish people” explicitly denies any national rights to the Palestinians who make up 21 percent of the population inside the 1948 borders, and at least 50 percent of those living today in what was the British colony of Palestine.

One of the aims of making the right of self-determination “unique” to Jewish people is to foreclose such a right for the Palestinians in the case of Israeli annexation of the West Bank.

Not only are national rights denied to Palestinians in the law, but nowhere in the text are to be found the words “equality” or “equal rights.”

As this author wrote in an article on Liberation News in early June: “On June 5, the leadership of the Knesset (parliament) voted not to allow even the discussion of a bill calling for equal rights and status for the ‘Arab and Jewish nationalities’ inside the 1948 borders of the Israeli state.”

The bill, titled, “State of All Its Citizens,” was introduced by three members of the Balad party, Jamal Zahalka, Haneen Zoabi and Jouma Azbarga.  Balad is one of the parties representing the approximately 1.5 million Palestinians living inside Israel.

Speaker of the parliament, Yuli-Yoel Edelstein, an immigrant to Israel from Ukraine, called the bill “absurd” and explained why the indigenous Palestinian population must not, from his point of view, be accorded equal rights: “We cannot allow a proposal whose goal is to gnaw away at the foundations the State of Israel is built upon to be on the Knesset’s agenda.”

Most of Edelstein’s colleagues were in full agreement. Knesset Legal Adviser Eyad Yinon stated: “As a matter of principle and in its details, it’s hard not to see this proposal as seeking to negate the State of Israel’s existence as a state of the Jewish people.”

The admission that a law calling for equal rights for all would “negate” or “gnaw away at the foundations” of Israel undercut the oft-repeated mantra that Israel is the “only democracy in the Middle East.” In fact, racism and exclusivism have always characterized Zionism, the ideological foundation upon which the state of Israel was constructed.

While the Balad bill would have been overwhelmingly defeated had it come to the Knesset floor, that was an eventuality that Israeli political leaders sought to head-off at all costs, given the embarrassing public relations consequences.

In another attack on Palestinian rights, Point 3 of the “nation-state” law asserts that “The capital of the state Jerusalem, complete and united, is the capital of Israel.”

Point 4 states that Hebrew is the only state language and downgrades Arabic from an official state language to one with “special status,” meaning that it will not have to be available in state institutions.

Point 5 calls for the “In-gathering of the exiles (sic). The state will be open for Jewish immigration.” This is another blatant apartheid provision. The Israeli state continues to illegally deny the right of return to all Palestinian refugees.

Point 7 stipulates: “The state views the development of Jewish settlement as a national value and will act to encourage and promote its establishment and consolidation.” Again, it is important to point out that there are no geographical restrictions placed of such settlements. The settlements will be Jewish-only. They constitute an obvious violation of international law in addition to the fundamental right of Palestinians to their land.

In their towering arrogance, the rulers of Israel have exposed the profoundly racist character of their state and society. There can be no more credible denials. Now is the time for all people who believe in justice to join in solidarity with the heroic and long-suffering Palestinian people in their struggle for self-determination and liberation.

Justice in Israel is impossible.