“When the Japanese invaded China in 1937, the Epsteins took ship for the United States; but their son [Israel Epstein], who had begun working for an English-language newspaper based in Peking, remained behind to cover the war for Western news agencies [the Rothschilds].”   -http://www.telegraph.co.uk/news/obituaries/1491973/Israel-Epstein.html

“Another revelation that U.S.A. and western journalists and historians are prohibited from writing about concerns the Jewish origins of Mao Tse Tung’s Red Chinese revolution. In fact, Mao was a stupid and inept Chinese peasant who was schooled by Skull and Bonesmen and initiated into the internationalist Masonic Lodge by socialist Jews from the United States. This was done with the tacit permission of President Franklin D. Roosevelt, a 32nd degree Mason and, later, President Harry S. Truman a 33rd degree Mason.

Mao all along has been a closely-controlled puppet of Jewish revolutionaries—men like Israel Epstein and Sidney Shapiro, who lived in China and had the reins of power over two key areas of Beijing’s Communist Government—the treasury (money) and the media (propaganda). Interestingly, Zionist Jews hold sway over these same two essential instruments of government today in the United States.”  – source

Mao was Dean of Yale China.

See below how Chiang Kai-Shek was sabotaged.

scroll down this page… http://chinawatchcanada.blogspot.com/2016/02/part-2.html … till you see this sentence and the image of Little Red Book, then start reading… 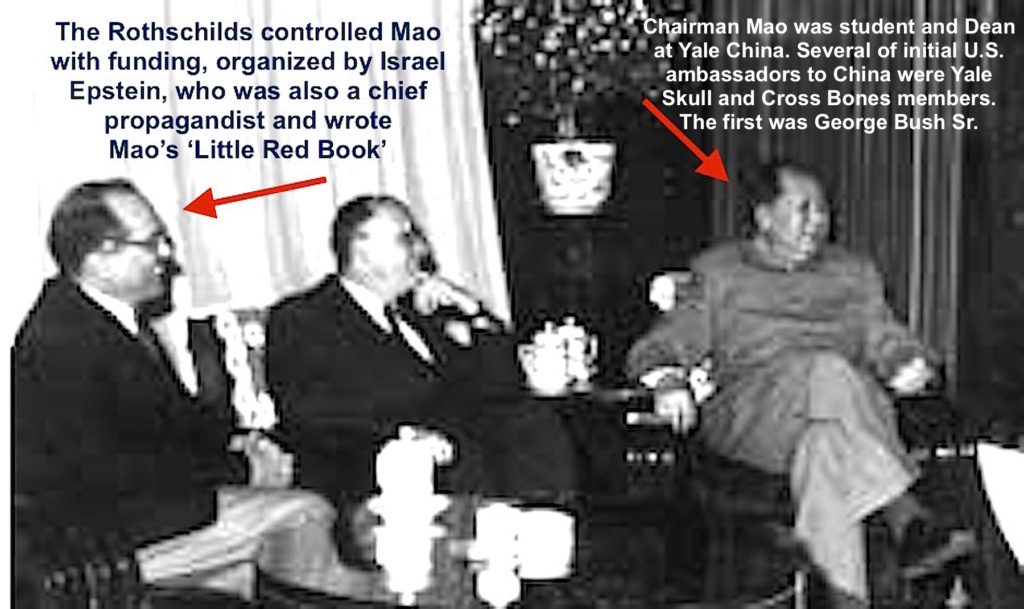