The following is a topic which touches all children today: How is it that our definition of right and wrong has become so blurred that mainstream entertainment is on a race to the gutter, and that schools support this direction?

I was asked by a middle school counselor to write a letter for a girl she knew, who was preoccupied with the transgender fad, now being promoted by Common Core Curriculum and the “anything goes” liberal bias.  This letter is for older girls, teenagers.

By redefining marriage, anyone who sees an anomaly as anomaly, and not normal, is accused of hate or bullying. If I were employed at a school and I said, I think homosexuality is an unhealthy experiment, I would be accused of discrimination and lose my job. I would be deemed a threat to children, who for whatever whim, act any way they want to. Since ALL of their behavior is normal, I would be deemed in the wrong to disagree with any of their behavior.

Another article I wrote outlines the historic agenda behind the promotion of homosexuality.

Children are now officially taught that ALL sexual behavior is normal. There is no right or wrong, and anything goes. If you disagree, then, “you are not open minded, you are judgmental, off with your head!”

The following is what I came up with as a letter to all middle age girls who are confused by the confused teachings forced on everyone.

I live in Hawaii and my daughter is 9.  When I was 12 in middle school I sung a song by the Beatles for a talent show, and the words were, “and then she said, it’s time for bed.”  I was in the 7th grade and I couldn’t understand why the 8th graders were snickering???

I would like to share with you that this transgender thing that people are thinking about is a big fad. It will not be important in the future.

In almost all animals and even plants, there is female and male.  No one can switch.  Mammals are warm blooded creatures with boobs for nursing. Cats and horses and mice and monkeys and whales and bats are mammals too. They can’t switch. There is only male and female. The reason there is male and female is so we can mix genes so the next generation can have many different expressions of talent, each with unique abilities. You can see this at school. Everyone has special abilities. When a species is composed of many varied individuals, with different immune systems,  or specialties, or strengths, then some individuals of the species might survive a bad winter or bad disease. If everyone was the same, maybe no one would survive.

So, we humans have sex, and that is the purpose… So, the species can mix genes and can have many different unique offspring, not a bunch of clones. In biology this is called “sexual reproduction.” The whole purpose of sex is to hopefully have a healthy child!

When we are in love, we share our bodies. This keeps the wife and husband strong as a unit, so they can sacrifice for their kids. As you know, this is all confused these days, and many people don’t have a father.  The reason is that a guy and a girl experimented. And then a baby came, and the boy was not ready for the long commitment of being a dad. So, now many kids that you know don’t have a dad. The problem was too much experimentation, which resulted in sex before commitment.

Now, if sex wasn’t pleasurable, people wouldn’t do it. So then comes the temptation, which is when a person forgets about the purpose of sex and they just think about the pleasure.  It is very much like getting drunk.  Some people think that attraction creates a drug in the body. Some people call this “having chemistry” with someone of the opposite sex.

Also you might be interested that in many traditional cultures girls hold hands. They do this because they love their friends, but they never kiss each other or touch private parts. 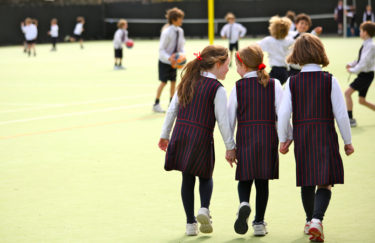 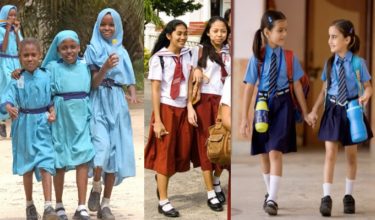 In recent kids film Zootopia the singer says “Try Everything!”  Do you think a person should try putting her hand in a fire?  I will ask my daughter that. Do you want to try putting your hand or your hair in a fire?  What! Try everything??????

Wait a minute, why not be wise and avoid mistakes!!!

So it is better to say, “Try only what is wise, and don’t be stupid. Don’t try anything and everything !!!”

I wish there would be a song like that in children movies!  That would make young people think about being smart! The song encourages kids to get hurt, and they can hurt their emotions for life.  You probably know people who are very hurt inside.

So, because of the sexual pleasure, we get into the subject of what is right or wrong, healthy or unhealthy, good or bad. If we experiment we might get burnt. We might burn up what we truly are inside, a female or a male. We are one or the other! We don’t want to burn up what we really are!

Yourself and my daughter are young women. You will study what ovaries are and what eggs are. Guys have the opposite, the stuff that will fertilize the egg. Even plants have this. In plants it is called pollen.

Well, we humans don’t have pollen to float through the air!  We are not plants. We are either boys or girls. We are either one or the other. A boy who has sex with someone else’s butt is NOT being natural. That is crazy. Our digestive system has an opening for poop, and that is what it is for. So the gay thing is lost in space. A girl who allows anything or anyone to touch her vagina, is also being unnatural. The vagina is for making babies. It is not for someone’s experiment!  It is not for someone to try out!

It is like a cup of pure water. We don’t throw anything in the cup.

It is important, as you get to know the new feelings of sexual magnetism, that you hold back and be pure on your side of it.  Pure water. It will take many years to understand your own menstruation and moods, ovulation and moods, and how crazy guys can be. Guys can forget a girl is a human being and just think about having sex with ANYTHING. Well, you are not anything! You are special!

We can love others without touching them. There is more love when we don’t touch because there is more respect. Spiritual love is very pure, because we can’t touch it, but it is real, and all of us have spiritual love.

On TV almost no one cares about spirit. All they care about is touching themselves.

I want to share a story. There was a young woman on The Voice in Britain in 2013 who won the contest that year, and she was blind. She was very pure, and the British loved her because she was pure. There were other very good singers, but they loved her because she was pure and they voted for her. So you see, there are many people who understand that something invisible can be special!

I will tell you another story. There is a woman here, where I live in Hawaii. She lost her arm to a shark when she was twelve, but she continued on as a champion surfer with one arm, and now she is married and has a child. She waited for real love.

We give up a part of ourselves when we trust someone else enough to touch our body, or to touch their body. We need to take a lot of time to get to know someone before we give up a part of ourselves. And remember, in the natural world, girls always get pregnant. So the long time traditional way is to wait for marriage.  You know, contraception might stop pregnancy, but it won’t stop a broken heart.

Our culture now, with people like the music celebrities, pushes experimentation. This is called being dumb. It is for sure Hollywood wants us to be dumb!  Experimentation can wreck a person.  Many of these celebrities are in and out of the hospital because they are half crazy. Almost all of them get divorced. They should not be on TV, but TV is not wise.

In my experience, it is better to hold back and develop your inner self and watch your outer body and emotions grow and change. If you watch all this you will be wise. If you experiment just for the excitement to experiment, you will get confused.

So, do you want to be wise or confused???

That my friend, is a question, we all have to ask, our whole lives.

“Do I want to be wise or confused?”

I hope you liked my letter 🙂

P.S.  I wrote a book for teenage girls, This non-profit book is called :  A Thinking Girl’s Guide to Sexual Identity – Navigating heartbreak, survival, and the media matrix.   Mom and Grandma will like it too.  🙂