The Galactic Ascension Operation – More Psy-op for the Indoors People

By raysongtree November 6, 2016 letters and essays (Educational Comments only)

The worse place, in my opinion, to find news is the ascension crowd.  The news will be random, disconnected, and narcissistic with no call to action. The galactic operation is arranged through “channels”,  often with military connections.

I wouldn’t waste your minutes reading this next link, but it is pure total complete BS, with no mention of the fact that humans are primates. It is pure BS, yet there are 150 comments of people arguing what is true or not. You might think it is a video game intro, but it is actually what people believe. These of course are all “the indoors people” with nothing better to do while they wipe out the outdoors with their lifestyle.

There are many CIA operations

Many many others. The ascension crowd is kind of new age in that they believe humans are special and are evolving to go somewhere, while the other 2 million species don’t exist. 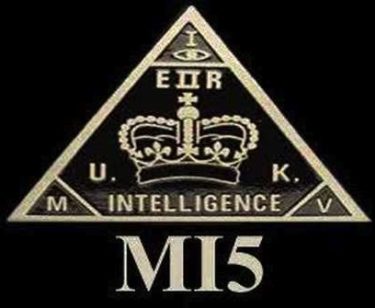 I think as soon as any new influence comes forward, it is co-opted. I think that is how it may work. But also factions are created from thin air like Muslim Brotherhood or Scientology or A Course in Miracles.

So “Earth is going to ascend” which means plankton and cockroaches and fire ants and rattle snakes and mosquitoes also, right? So then, will all species ascend and humans will still get bitten by mosquitoes in heaven, right? No? Oh, so humans are special???? Only humans, select humans, will ascend?

Is that why the select humans have the right to destroy natural humans and all of nature? We will do that again in heaven right, because we are special?

Well which is it?  Are “civilized” humans special and other cultures, other primates even, will not ascend so we select believers can all live in a sterile cubicle without any other plants, animals, or bacteria?  OR, will all 2 million species ascend and the indoors people will destroy that place too?

Maybe we can throw out our adulation of the “other side,” of heaven, of moksha for a change, and try being responsible for our children’s future?

Lucis Trust at the UN, is the intended global religion. Lucis is Lucifer. Lineage is channeled entity El Morya > Madame Blavatsky >Alice Bailey – Chopra >Most people’s thinking.  We are one family right?  Under one big brother, right?

Alice Bailey disarmament of all nations for peace is quoted in Vol 2 of my non profit books.

The galactic channels are all biology deniers and human supremacists.   http://galacticchannelings.com/

I looked over the ‘galactic connection’ website for any call to action. I was happy to find one. Here it is … “Don’t ask me how or why I came to this info because you would not believe me, but I have been asked to put a call out to everyone to put up a wall of protective energy around New Zealand…NOW…Tonight” ~Lisa    That was it. That was the call to action post.

The CIA and other agencies must really think people are completely stupid, basically because they help create the stupidity, and the indoors people, Homo indoorsians, eat it up.

In contrast, Zen is very simple, without the word very.

When free of BS, we might actually become clear and might actually do something practical.  That is pretty revolutionary thinking for Homo indoorsians. In fact, it is so revolutionary, that the word ‘practical’ creates cognitive dissonance for those who don’t know how to make or fix anything.