Collapse Is Not On The Table

You are so succinct these days. [His email letter below].  I think politics must matter because the degree of transparency matters because exposure matters to those criminals who depend on secrecy, but as we agree, a perfectly transparent dominant culture would simply be out front Luciferianism.

Revealing this fact has been planned too.  They will say, “By the way, the Statue of Liberty and Olympic flame and all seeing eye are just your liberator from superstition and tribalism. Hold up the light! Liberty! ”
There are either plural plans or there is one plan, and since one plan is tyrannical to the other plans, that one plan is negative and evil and is Luciferianism. There is no other one world government or unity or one  “plan”.  There is no benign dictatorship. Oxymoron. It is either one tyranny or isolated cultures who are free to be diverse.
New Age ( Baha’i) conditioning says that we or “humanity” (the all one mono-culture) can have a positive future (while other species go extinct.)  No, there are either isolated cultures, including the cultures of other species, with distinct isolated futures, or there is Luciferianism.  Control freak Zuckerberg calls this tyrannical mono-culture future “being connected.”
Knowing most of this all my life, I have felt collapse of industrial civilization is the best outcome for diverse people and millions of other species. At one point some 20 something years ago I felt that politics simply didn’t matter because population pressures would dictate all.
But I learned something very new about 13 years ago.  I discovered  9/11 and that led to my books that led to a more and more refined and layered view of life on Earth. I learned that collapse “of its own weight” is not going to happen.  Depopulation programs like cancer phones and chemicals are already deployed.  The alien directed elite have planned to control nature, not let nature do anything natural.
Also, intentional conflict through open borders is already deployed, that is, intentional civil wars. So “collapse of its own weight” is not going to happen.  The weight is going to decrease.
The population is unnaturally, not naturally,  going to decline and so will consumption and pollution. Peak Oil is a moot issue as the rug is pulled out from under the demand…. The inter-dimensional aliens who are worshipped in Satanic pedophile rituals by the elite worldwide, have planned this for their farm.  They are just racing to get all the AI and robots in place. Predictive programming movies about killer drones are real.
I think the future looks more like the Terminator movie series but much worse. The weaponry will be in orbit. We are seeing directed energy weapons burning up California now. Planned is a collapse of freedom, not collapse of the machine.  The machine is not natural. It doesn’t obey natural laws. 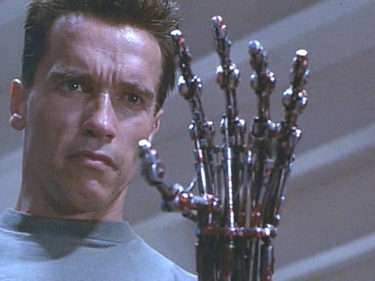 Perhaps the future will be humans living here and there, unorganized, fighting for survival against sub humans / machines. How could humans do this, I don’t know.  But we will try!
So I am for option D, not A, B or C.  Option D is magical.  I know I know.

My dear friend, I think we agree that what is our objective will never be met by the current political system. I feel we also concur that this system must either collapse under its own weight, by design to obtain ultimate control, and/or mass non-compliance and resistance.
I have begun to “withdraw” slowly from FB and other social media trying to avoid the stress and frustration while redirecting myself slowly to what we both feel is needed for the future rehabilitation for this 3-D world. Politics is a distraction in this undertaking because it is a moot point, imo, playing no part in the ultimate objective. As such, I plan to stay abreast with developments but will refrain from joining the din I hear all the time.

I have no idea about this.  The political nature of funeral though is very strange.

I could tear this apart paragraph by paragraph, including the reason for a closed casket. Have you ever seen a cancer patient in the throes of death? Quite a site, actually…and I can’t believe anyone would make a conspiracy out of this.

“One thing is certain – it was not a funeral, it was a political bash of grotesque proportions and I beg to question why.”

Jim Stone’s post seems to question whether Q is actually deep state, if it really is Jim Stone!

There is enough coincidence to make it appear McCain may have been executed for treasonQ did a post. It read like this:

Ok here’s why this is significant. Because McCain died 30 days after this post, at 28 past the hour, it mentions suicide and Hands up. This, in conjunction with the exact day and minutes of McCain’s being announced dead is a fair bit of reason to think he never had brain cancer and was instead brought up on charges of treason and executed. [Ray asks, then who hushed it up??? ]  Such an occurrence would fully explain the obnoxious overblown funeral that did nothing but bash Trump to smithereens while it martyred McCain for time and all eternity.

How about Megan McCain’s totally overblown eulogy, where she bashed Trump in a rage and did not act at all like she just went through hell with a cancer patient? YOU MEAN TO TELL ME SHE BASHED TRUMP DURING THE EULOGY ALONG WITH EVERYONE ELSE? WHY? [Jim is right, something fishy] Maybe Trump had something to do with his death we are not told about? Maybe he’s not dead at all, and is sitting in a federal pen for treason, or better yet Gitmo? How’d that mislabled songbird recording of McCain somehow surface after being “mislabled”? Who found it?

Closed casket? No one saw him dead? Brain cancer won’t wreck your face, he could have had open casket, WHY NOT?

There is definitely something amiss with all of this, it really seems like they all rooted for him, (worried they’d be next) but still defiant, so McCain could sit wherever he is and watch it all and be consoled. Maybe he was given the option to plan his funeral (because of him being deep state) and that’s why it was so exorbitant. One thing is certain – it was not a funeral, it was a political bash of grotesque proportions and I beg to question why. I was never a follower of Q, but his post is all too suspicious. There’s no way you can hit numbers like that with a surrounding topic like that unless it is all in the bag, and they already knew what they were going to say with regard to McCain’s time of “death”. He probably is not dead. He’s probably in GITMO.