By raysongtree September 23, 2017 letters and essays (Educational Comments only)

Could the reader please tell me what you get from the self-attitude and penchant for titles in below statement? This quote from his followers’ home page. In order to justify their own existence, these followers create a pedestal that they righteously task themselves to uphold. Without their pedestal they would have no purpose. It a co-dependent relationship. The leader creates followers and the followers create the leader.

“You are just beginning to Awaken.

I am like the sunlight in the morning. I intensify the light of morning until you Awaken.

I Am your own True Self-Nature Appearing within the dream to Awaken you. I Am your Awakening, and your Always Already Conscious State.”

In no way are you my savior and I never desire to be yours.

I respect that your awakening will be utterly different than mine and as endless as you are.

Our paths have met, our paths will diverge.

We have met, which is fine, but since you want to own the meeting, not so fine.”

Has the reader heard of  ‘savior programming’ ?  I noticed this aspect about “Free” John many many years ago.  He is surrounded by people who buy this. They think he is free. He has to keep laughing to prove it. He is above it all. It is all a cosmic joke. Meanwhile, the planet is dying.

I’m happy that the image within link below has a picture of Steven Greer.  For sure, Greer is going to save us!  He actually believes this. So does Free John. I’m also glad the author nails M.T. Keshe for his BS over-unity save-the planet machines. I thank him too for a new word, believe-ism.

In reality, nobody is going to save anyone from their own endless karma which is their own moment by moment decisions. We are each accountable, no one else.

Let’s consider that there is no end zone for infinity. This is not true because I said it, please, just examine what infinity means.

There is no final awakening so we never arrive. What stops us from ongoing awakening is thinking we have reached some goal.  Then we surround ourselves with acolytes to reinforce our own delusion.

From Wikipedia, the free encyclopedia 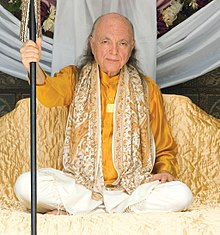 Adi Da Samraj, born Franklin Albert Jones (November 3, 1939 – November 27, 2008[1]), was an American spiritual teacher, writer and artist.[2] He was the founder of a new religious movement known as Adidam. He changed his name numerous times throughout his life; these names included Bubba Free John, Da Free John, Da Love-Ananda, Da Kalki, Da Avadhoota and Da Avabhasa, among others. From 1991 until his death, he was known as Adi Da Love-Ananda Samraj or Adi Da.[3]

Adi Da initially became known in the spiritual counterculture of the 1970s for his books and public talks, and for the activities of his religious community. His philosophy was essentially similar to many eastern religions which see spiritual enlightenment as the ultimate priority of human life.[4][5][6] Distinguishing his from other religious traditions, Adi Da declared that he was a uniquely historic avatar (incarnation of a god or divinity in human form). As such, Adi Da stated that henceforth devotional worship of him would be the sole means of spiritual enlightenment for anyone else.[7]

Adi Da wrote many books about his spiritual philosophy and related matters, founding a publishing house to print them.[8] He gained praise from authorities in spirituality and philosophy,[9][10] but was also criticized for what were perceived as his isolation,[11][12] controversial behavior,[13][14][page needed] claims toward exclusive realization, and cult-like community.[15][16]

In the mid-1980s, allegations by former followers of false imprisonment, brainwashing, sexual abuse, assault and involuntary servitude received international media attention.[17][18] These allegations resulted in lawsuits or threatened suits on both sides [19] 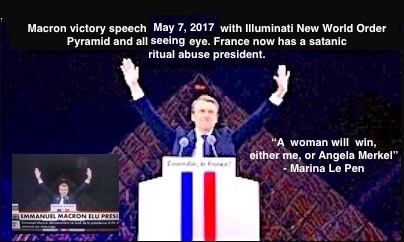