By raysongtree November 26, 2020 letters and essays (Educational Comments only)

Homo indoorsian is now the dominant subspecies of the species Homo sapiens.

For them, nature is a golf course, a manicured park, or even an image on a screen.

Indoorsians who love nature will satisfy their hearts by watching nature documentaries.

They need a machine to deliver the necessities of life for them. This is acceptable and satisfying.

They do not know what a callous might be.  They never use that word.

Indoorsians love the artificial.  They hate the natural which they call dirty and primitive.  The epitome of lowliness is to live with a dirt floor.

Sitting on the bare earth is dangerous because one might get dirty.  Cleaning clothes is done with toxic chemicals. Also they eat toxic food and spray their homes inside and out with toxic chemicals. This makes them feel safe. Feeling safe means living in a controlled environment.  The wilderness is scary as it represents the unknown. Indoorsians love the security of the already known and therefore, they are intrinsically followers.

Urban Indoorsians became the majority of Homo Sapiens in about 2010 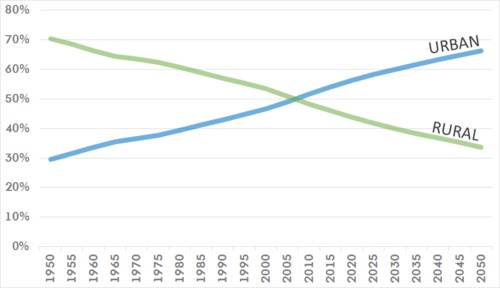 The minority of Homo sapiens who are still natural and indigenous are slandered with words like undeveloped or illiterate or stone age.

People who are self-sufficient are part of the “informal economy” who must be saved by humanitarian Indoorsians. Indoorsians use the word humanity often.

Indoorsians support an ideal called progress, which really means destruction of anything traditional, natural or old.

They are often progressive and are progressing toward utopia.

Indoorsians living in utopia were portrayed in the movie Wall-e, but they didn’t notice.

They will never know what ecology means or what it means to haul water or chop wood.

Indoorsians constitute the army of the Pollution Civilization that believes that Earth is here for humanity, meaning Indoorsians, to consume.

When they think of the future they want their indoorsian lifestyle to be universal and everyone should be as artificial as themselves to be fair.  This is called equity or being equal.  They want everyone to think just like them so they can be “connected” and be “one.”

For them,  the future of Homo indoorsians, and no other subspecies such as indigenous cultures,  is considered.

They also don’t care about the future of any other species.

If all other species were gone, they wouldn’t even know.

They will destroy anything to be tourists.  This includes innocence.

Destroying the innocence of children is important to them and sports sex is accepted as “natural.”

They also want their children to be educated to work indoors and make a lot of money to buy more factory produced toxic things. This is called success.  It is also called The American Dream.

The positive future for them is defined by “my comfort.”  A good future will mean more and more comfort for Homo indoorsians and also more and more speed, so that someday Indoorsians can travel portal to portal without ever touching the ground.

Indoorsians are intrinsically ungrounded in both their heads and hearts, and are universally vain because they feel their civilization is superior and advancing forever. Since it is advancing forever, it is unclear when they will get to utopia.  However being vain mitigates this concern.

To this end they follow fashion. They need mirrors on a daily basis.  Vanity is normal for indoorsians and modesty is old fashioned.

However they will never look at their own values and will go into denial when reading this, right?

[Please read this again slowly, and ask, if our desires are unsustainable, don’t we need to go back to basics? ]