Why Reconcile Islam, Judaism, and Christianity?

By raysongtree January 7, 2018 letters and essays (Educational Comments only)

The three monotheistic religions have something in common. They all need to be dumped. So does Brahmanism. Why, because they claim to know the one and only truth of the one and only god.  They need to all be dumped.  But, the alternative is not anything-goes Luciferianism.

What is needed is many futures, as the world had before the colonial era.

I say this because this is what is required to get back to nature and allow nature to survive.   My end goal is not fake utopia for “humanity” but survival of millions of species….  That is, the goal is life itself, and not just for human supremacists.

It’s one or the other… nature or alien agenda (from Moses to Roswell is ET).  It is white or black. There is no neutral tech. The dream of middle way tech is promoted by utopianists, who are indoorsians and can’t imagine hand made anything, and who think we can have make believe heaven on Earth with the “enlightened use of tech,” meaning an “acceptable” amount of mining and industrial pollution. Mining forever.

Since this is not sustainable, the entire utopian day dream is bunk.

A return to basics is what is needed, not more “progress.”

Earth knows this, and so does elite. For that reason depopulation is already a done deal.  The masses will be sterile as the fluoride doses, BPA, and wifi/ HAARP keeps getting more intense.  Will Trump expose fluoride? Ask that. The elite are all slaves to the alien agenda also. They won’t survive either. They are as disassociated as their child victims. Disconnecting vanity.

At best, we can hope to expose the monsters and prepare for a world of infanticide to cull out the mutations.  That is reality. For disbelievers, see the graphs on autism, Alzheimer, cancer, sterility and test your ground water.  Worldwide, ground water is getting poisoned, as is the soil and atmosphere.  It’s not from chemtrails, it is from the products which you demand for your comfort. 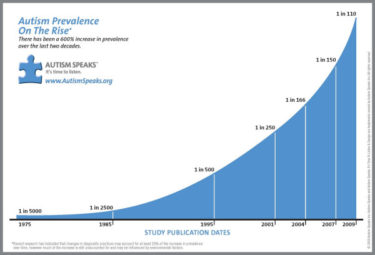 Does is look hereditary to you? The reason the CDC is not calling this an emergency is that sanctioned diseases are welcomed to reduce population and reduce the strength of population to resist. A great plague is upon us, un-reported and un-discussed. Do your children deserve a clean world?

In Iraq deformed children from Uranium ammunition and white phosphorus are set aside to die.  That is the future “we” have given ourselves as we continue to incarnate here.

What  I’ve said is not a projection or Ray’s opinion,  it is what is in the soil, water, and air.  At this time there is a radioactive cloud moving toward Europe from Russia.  Fukashima is going to continue poisoning the Pacific with no solution in sight.

Reconciling the monotheistic mind control religions as the author below tries to do is total waste of time.  It is monotheism itself that amplifies false pride and creates ideological war.

And for those who think an angel will come with magic wand to disappear the karma of the pyramid of abuse, no, that won’t happen.  Each being is accountable for karma and karma is not going to disappear.

Good people need to expose the alien agenda and show resistance by not complying with high tech and by touching Earth again.

We need to do this so this stops happening to planet after planet. When the satanists try to rape another planet, we will reincarnate there and resist again!  Job security.   We fight for goodness with no end zone.

We will always try to be good.