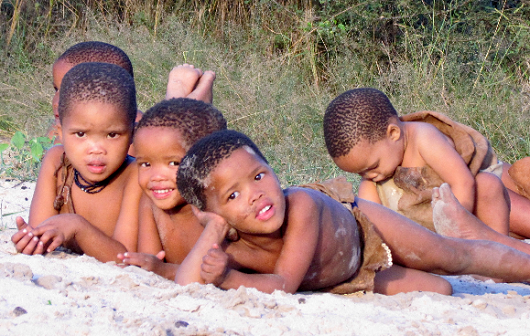 Stalking Wolf was a tracker raised in a wild, free Apache community. His people never surrendered to the barbarian invaders, and some still continue living in freedom, as undocumented Americans, in remote desert regions. Later in life, he spent time with his son in New Jersey, where he happened to meet an 8-year old boy named Tom Brown. He mentored Tom and his buddy Rick for nine years, giving them an excellent education in tracking, survival, and respect for the family of life. When it was time for him to return west, and end his life’s journey, he told Tom to teach someone else all that he had learned.

In 1971, when Tom was 18, he met a 10-year old boy named Jon Young, and trained him for eight years. Tom went on to write 17 books, and launch his famous tracking school. Young went to college, where he was a freak — a highly skilled tracker with a deep understanding of wild ecosystems, and enormous respect for the family of life. Weirdo!

Young grew up in an era when there were only three channels on TV, so he and his buddies spent a lot of time outdoors, playing unsupervised in the woods, taking risks, and forming close bonds with children of different ages. This is how well adjusted young animals are supposed to grow up, feeling at home in nature, connected.

He would have made a perfect poster boy for Richard Louv’s book, Last Child in the Woods. It described the rapidly growing epidemic of Nature Deficit Disorder (NDD) — separation sickness. Today’s kids have far more distractions, like 500 TV channels, the internet, cell phones, and video games. They typically have intrusive “helicopter parents” who micromanage them, constantly protecting them from dirt, danger, creativity, and freedom.

Every newborn that squirts out of the womb is a wild animal fine-tuned for thriving on tropical savannahs, fully connected to nature, acutely intelligent, and highly aware. Even today, some are able to preserve nature connection during their childhood years, but it tends to suffocate in their teen years, due to a nonstop barrage of loony balderdash from the nightmare world of Sustainable Growth™. A lucky few manage to maintain their connection into adulthood, and strengthen it as they go — maybe one in a thousand, according to Young.

In 1979, Tom Brown published his first masterpiece, The Tracker, a book that blew my mind. In that year, Young asked his life question, “Who are the most connected to nature and how did they get that way? Why are some folks deeply connected, and others not?”  In search of answers, he spent years visiting a number of indigenous cultures. He discovered that the San Bushmen of the Kalahari in Botswana were incredibly well connected. They refuse to enter houses, because people who live indoors go insane.

Young says that with the San, you always feel safe. They are super intelligent, super happy, super vital, and great problem solvers. You never feel competition. People are in love with every aspect of the ecosystem around them, celebrating with childlike wonder through all stages of their life. Every person in that community is committed to the flowering of every other person. They are incredibly aware of their surroundings at all times, because a brief lapse of attention can kill you in lion country.

Today, using the techno-juju of DNA mapping, it’s looking like the San are the common ancestors of all humankind. For two million years, our ancestors lived like they still do. We have their genes and instincts, but our culture lost its nature connection centuries ago. Culture is a whirlwind of beliefs. Stupid beliefs can have deep roots and powerful momentum, but they are not invincible, especially when they are destabilizing society. Never forget that there was a time when our culture, and its belief system, did not exist. It’s a spooky mutant, and it has no long-term future.

Richard Louv compiled years of reputable research on the harms associated with NDD. Complications of disconnection include drug addiction, autism, homelessness, attention deficit disorder, depression, suicide, obesity, anxiety, and on and on. Kids who grew up as Young did were strikingly healthier, happier, and smarter. They were more creative, well adjusted, spiritually grounded, and centered.

In 2011, the popular talk show celebrity Oprah Winfrey read Louv’s book, The Nature Principle, and added it to her influential summer reading list. Suddenly, news of the NDD epidemic went viral. Millions of mothers gasped in horror! My God! What have we done to our precious little couch potatoes? Everyone wanted their children to be connected, because the benefits were obviously huge. In the book, Louv mentioned that Young was an expert on nature connection.

Since 1983, Young has been developing mentoring projects, striving to help youths move beyond the soul-killing void of disconnection. For a long time, he was seen as a last resort, a place to dump emotional basket cases that the experts could not fix, kids close to blinking out. He had an impressive record of hitting home runs with high-risk youths, because he gave them what they desperately needed, connection. There are three facets of connection: connection with others, connection with self, and connection with nature.

Consumer culture excels at disconnecting people from self, others, and nature. Many adults fail to develop healthy connections with their husbands, wives, children, and friends. Many don’t know the folks who have been their neighbors for years. Many are only capable of forming connections with their dogs and cats.

Anyway, in recent years, awareness of the importance of nature connection has increased significantly, but so has the teen suicide rate. Indeed, the NDD epidemic continues to spread. Participation in nature conservation groups is declining, while connection to glowing screens has grown explosively. The ecosystem is not getting the love and respect it so desperately needs.

Young points out that there is no miraculous silver bullet cure for NDD. A weekend camping trip is not enough. Youths attend his mentoring projects once or twice a week. Most attendees develop connection in two years, on average. He says that their values are significantly changed. Connection opens up their empathy and their concern for others. It causes them to seek meaning, and meaningful service to others, and to future generations. Great!

When you meet a cool weasel, or find a bird nest, you want to share the exciting discovery. The path to healing requires being with folks who will give you a listening ear, nonjudgmental story catchers. Story catching is a life-giving connective experience. It’s about giving full attention to listening, without interrupting, or projecting your thoughts. Young says that grownups usually talk at each other, semi-listening, mostly waiting for a space in the conversation where they can cut in — intersecting monologues.

As a wordsmith, I can communicate knowledge about environmental history or ecological sustainability, but my connection to nature is hard to convey via words. The Tracker blew my mind, but I know that many others say the book had little or no value for them. I was lucky to preserve my nature connection into adulthood.

Young points out that you can’t succeed at bodybuilding by reading books. You have to engage in actual exercise. Similarly, nature connection is not acquired from books. Book learning is education modeling. Equally ineffective is recreation modeling, engaging in health and fitness activities. The correct tool for this job is connection modeling, the mode of mentoring to which Young has devoted his life.

Modern societies have inherited a stupendous mess, a bloody pileup of thousands of years of trauma. Magical thinking is not the answer. Young optimistically estimates that the healing process will take 200 years. He says we need to think of ourselves as foundation builders. Our task is to begin the long and difficult journey home. Live well!

The Role of Deep Nature Connection in Culture Repair

Young, Jon, What the Robin Knows: How Birds Reveal the Secrets of the Natural World, Houghton Mifflin Harcourt, Boston, 2012.

Jon Young founded the 8 Shields Institute, which has been training nature connection mentors for 30 years. It runs over 300 programs worldwide. More info is HERE.

Richard Louv founded the Children and Nature Network, an organization that is influencing policy in Washington, via 122 grassroots campaigns.