By raysongtree April 17, 2019 letters and essays (Educational Comments only)

From my email correspondence:

It is not lunacy.  This professor understands what the dominant culture is.  The dominant culture that you and I are part of  has a linear sense of time, but indigenous cultures who often can communicate with ancestors right now in the present, or see into the future (in the present) don’t have a linear sense of time.  Taken out of context, this person’s profound understanding seems crazy.

I was on an aboriginal reserve for 5 months. Those people do not experience our reality, and we don’t experience theirs.  This person is criticizing the dominant culture, and the dominant culture marginalizes, discounts, and smears any criticism.
If the dominant culture produces most books, then ‘other view’ books, other reports on reality, over time, will not have shelf space, and the cultural hegemony keeps accelerating.
This professor (below link) is noticing something you are old enough to notice, that the cultural and religious diversity of books we saw in the 70’s are out of print and gone, replaced by the chatter of dominant culture thought which is increasingly technocratic, new age, and all inclusive.  (However, there is also analysis of monoculture that didn’t exist 40 years ago.)
Most people talk about the one future and the one humanity, which isn’t true. If everyone who uses electricity dropped dead, the world would still have hundreds of millions of people and the many branches of remaining humans would have a non polluting future with distinct destinies.
These professors  (below links) are trying to point out how the dominant culture, which could soon be the monoculture, dominates.
I don’t know if these people are right or left.  Who knows?  If they support diversity/sovereignty against the hegemony of the dominant culture, is that right or left?
The left wants monoculture/communism. I don’t think minorities want that, but they want equal rights, which means they have to sacrifice uniqueness to “equality” or “normal/average” and accept the program of standardization which will crush them.
What most immigrants and minorities really want is to be rich like the rich, which is foolish. They shouldn’t want equality, they should want their own territory to live the way they want to.
Most students are clueless indoorsians, and we can be sure their professors are also.
Trump wants a wall for USA (a natural outcome of over population)  but not walls to keep out the USA.  So is he left or right?   Does Trump support Palestinian sovereignty or Iranian sovereignty or Venezuelan sovereignty?  He doesn’t.
Last thought, the reason the slogan Make America Great Again is insulting is that America was never great to minorities. Case in point, Native Americans. When was USA great to Native Americans, and why doesn’t their America still survive?
If a Native Hawaiian wore a hat that said, Make Hawaii Great Again, that would be anti-American.

If a Native American wore a hat that said, Make America Great Again, they would mean, f–k the USA. 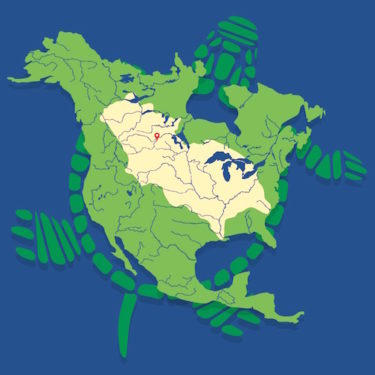 Turtle Island – Native Americans who had no beast of burden, no horses, who walked on foot, knew the shape of the continent.

For Latinos, the very word ‘American’ is an insult, and they refer to us as Norte Americanos.  So, let’s make the Americas  (plural) great again and USA stop harassing all the other nations in this hemisphere or all the other nations on Turtle Island.
Then, interestingly, MAGA hat wearers are now an attacked minority.
The so called left thinks it is okay for other minorities to dominate white people or attack even black people, for liking Trump!
So these minorities are not protesting discrimination, they just want power, something I am very familiar with here in Hawaii with the Sovereignty Movement, so the old royalty  (ali’i) can enslave all the commoners again.  Right.
MAH hat.  Make America Honest.

Oh dear God, it’s even worse than that…

Rutgers professor: Even the concept of time is racist | The College Fix