The Sun UK reports that a bearded Assange is taken into custody by UK police after losing asylum at embassy.

See this video, most current info. Has valuable timeline.

Here is another recent analysis.

“Someone’s telling us he is okay. Someone is telling us “move along.”  A month has passed now.”  “Obama has said in 6 press conferences in Europe they want to shut down whistleblower news.”

This video below is RT Oct 28th

Is Julian Assange still alive?  The new video of him speaking is a duplicate of same speech a month ago, which includes footage from 2012.  It is a fake to placate the public. Has it been produced to hide the crime? Why?  See visit by agent Pamela Anderson to deliver food which may have poisoned him.   [Update – According to this article Oct 23, 2016, there are tweets saying he is still alive. Is this verification?] 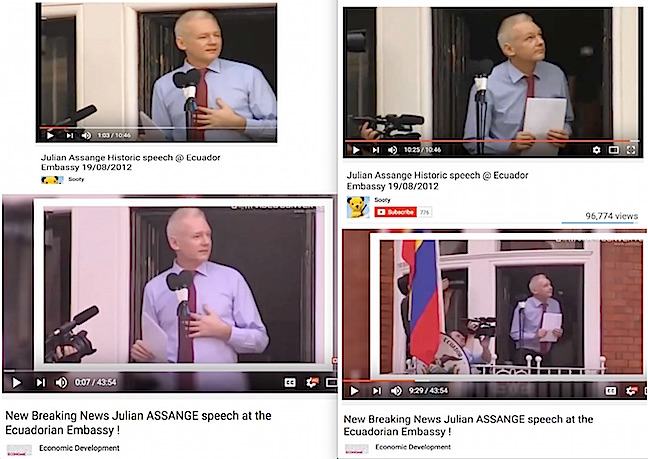 Julian Assagne and His “New” Video Speaking from the Grave

compared to this one